Japan: The Mecca of record shopping 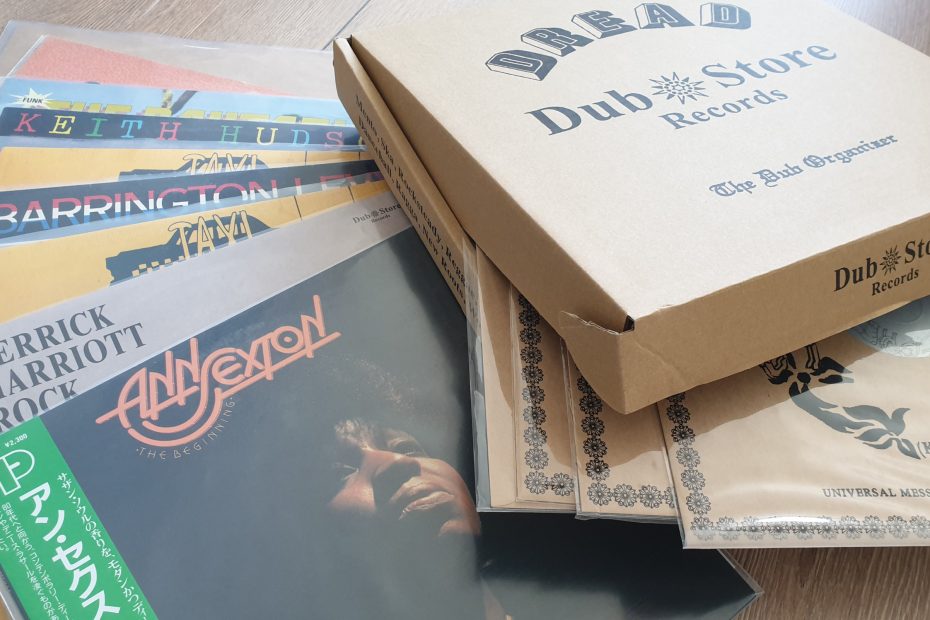 If you have developed an (un)healthy appetite for record collecting like me and you want the ultimate experience, you have to visit Japan. With over a couple of hundred record shops scattered around Tokyo alone, it is the Mecca of record shopping. I had the privilege to visit Japan twice and took a few days off my schedule for some serious crate digging! Tag along with me as I share some of my favorite record stores and the treasures I dug up. This article is far from a comprehensive guide for record shopping in Tokyo but more a testament of how great it is to do some record shopping there and hopefully share with you some new music. There are some great guides online that can help you track down the record stores focused on the genres you like. I will come back on that on the end of the article.

First of all, there are some ground rules when it comes to record shopping in Japan which makes it totally different than anywhere else in the world.

So now we established some ground rules it’s time to share some record stores and show you some of the treasures I found there.

I quickly learned that Shinjuku was a good starting point before exploring the rest of Tokyo. It’s home to several Disk Union stores in close vicinity of one another. Some bigger than others and some specialized in certain genres but are all well stocked. If you are a Reggae fan just like me it is a wise decision to start with the tightly packed 7 story Disk Union building on Yamada Bldg. Head straight to the 4th floor which is dedicated to World music where you will be able to find a decent Reggae section with some hidden gems. On my last trip I scored an original copy of Jezzreel Great Jah Jah on Wackies and let an original Prince Jazzbo Natty Passing Thru on Black Wax slip through my fingers. Once you’re done browsing the Reggae section, take a quick peak at the other genres or spend your whole day covering the entire building. It’s really up to you!

Next in line is Union Records which is also a branch of Disk Union. On the ground floor they stock every genre and on top of that they have multiple floors dedicated to a specific genre(s). It didn’t take long for me to find some excellent records such as Ann Sexton The Beginning on the Japanese P-Vine label for a measly € 20, score! If you have the chance to buy a Japanese pressing of a record you treasure, my advice would be to go for it. Japanese pressings are superior in quality to most other pressings and are hard to find outside Japan. The next record I found blew my mind! I found what appeared to be a first pressing of the holy grail in Reggae Heart Of The Congo’s. I quickly snatched it and was willing to pay a large amount of money for it if it was indeed the first press. But as I said, checking and doing some research before blowing €300 on one record is very important. The card in the top left corner confirmed it was a first pressing. So when I was done browsing on the ground floor, I went to the counter and asked them If I could listen to some of the records. As I suspected this was a bootleg copy… I tried to explain it to the staff and they weren’t too happy about it…

It’s worth seeking out other Disk Union stores as well, especially when hunting for a specific genre. Among the stores you will find a heavy metal museum store, one dedicated to cinema music and one entirely dedicated to Japanese music. But be aware of time management. Before you know it you will run out of time.

If you still got some time to explore what Shinjuku has to offer it’s worth to visit HMV Records which also has several stores scattered around Tokyo. They stock both new and used records. I spend most of my time browsing through the staggering amount of used Soul records and scored myself a mint condition copy of Bobby Bland’s Dreamer. I had a decent amount of others records that I was considering to buy, but the condition on most of them was not that great. The bigger stores stock large amounts of records and are less capable of thoroughly inspecting all the records before putting them in store. So you need to be extra careful buying records in these type of stores but it will also give you the change of snatching a record way under its value in a better condition than advertised.

If you are into Reggae, there are two more record shops close to Shinjuku where you will certainly spend some money. First up is Nat Records which is situated on the corner of a smaller park called Kashiwagi Park. Nat Records is run by a very friendly and knowledgeable character and he will help you find what you are looking for. Based on his knowledge he is able to suggest some other records based on your preference and give everything a spin on one of his Technics turntables. I scored some serious records here and let go of an original 12inch disco mix of Heart Made Of Stone by the Viceroys and Sly and Robbie… Choices have to be made I guess.

Across the park and about 2 minutes from Nat Records you will find Dubstore Records. Next to probably Tokyo’s best stocked Reggae store, it also functions as a record label re-releasing rare singles and albums as well as new music. Don’t expect to find a lot of used and original records as the store is mainly focused on reissue’s or new material with unparalleled quality and impeccable taste. They were really happy with me because I got a Dubstore pizza box to put my records in and a dozen of magazines. I managed to buy the Sly and Robbie produced record by the Viceroys that I passed up on in the previous store here as well. Knowing that this label does an excellent job in keeping the originality for a fraction of the costs it left some cash in my pocket for another day.

It is also wise to invest some time in visiting smaller shops instead of the big retail chains such as Disk Union, HMV and Tower records. These record stores are often harder to find on the internet and even harder to locate but are more than worthwhile. I visited multiple stores that I forget the name of but found some of my most treasured records.

This article only scratches the surface when it comes to record stores in Tokyo. I haven’t covered some major shopping area’s such Shibuya or the outskirts which hides some of the best record shops in Japan. Moreover Tokyo isn’t the only place which has a stunning array of record stores. Most major cities in Japan have a vibrant music scene and offer plenty record stores for you to lose yourself into. I also spent some time record hunting in Kyoto, Osaka and Hiroshima and found it more than worthwhile.

If you are indeed planning a trip to the Mecca of record shopping and do some record hunting for yourself, I would recommend reading the following outstanding articles. And if you have to convince your partner into taking a few days of your schedule consider the following. I found that record stores are often located in the most interesting neighborhoods full of small boutiques, specialty stores and homemade food experiences instead of the Zara, H&M and Subway. The rest is up to you!

3 thoughts on “Japan: The Mecca of record shopping”