7 classics from the Studio One vault 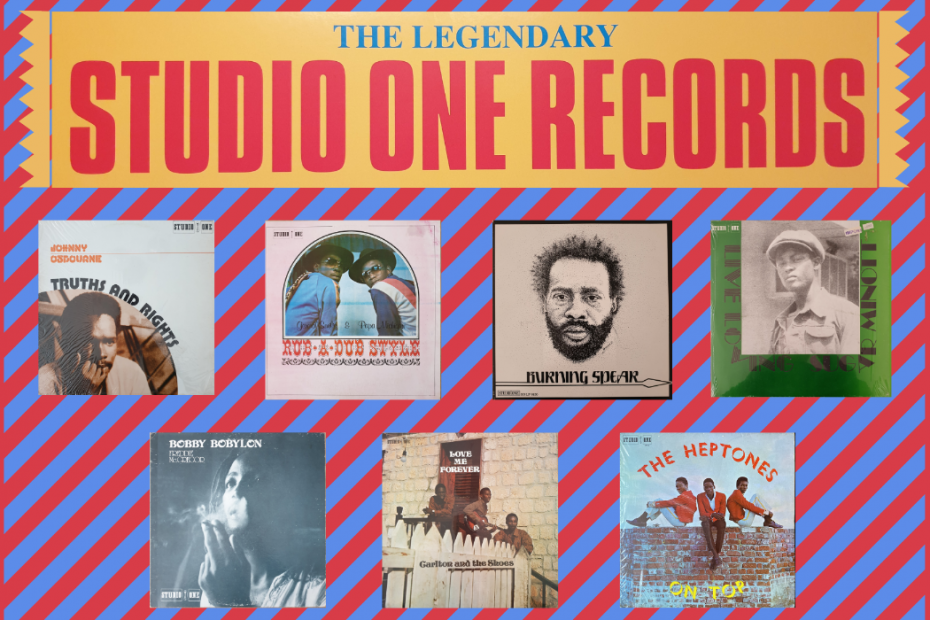 Every year I have at least a single period in which one record with a Studio One label seems to only trade places for another Studio One classic. It’s easy to see why so many people still enjoy the music today brought forward by this legendary studio. The music, created by some of the best musicians to ever form a studio band in Jamaica, was inspired by American Soul, Jazz and R&B . This was the music that founder Sir Clement “Coxsone” Dodd imported from the US before he opened his own studio to meet the growing demand for music. Well before Studio One opened its doors an ensemble of jazz musicians carying the name The Skatalites shaped their ideas and musical talents into a totally new sound, a Jamaican sound. Some of these members were to join the inhouse session band for Studio One under the guidance of Jackie Mittoo and named themselves The Soul Vendors. Propelled by some of the best songwriters to come out of the genre such as Leroy Sibbles, John Holt and Bob Andy the quality of the music is instantly recognizable and as time goes by will never go out of fashion. To celebrate the premiere studio on Brentford Road, I picked 7 albums from my personal collection to share with you. Unfortunately not every album is available on Spotify. Therefore I found some alternatives in the shape of compilations from the same time period which features at least a portion of the album. 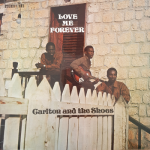 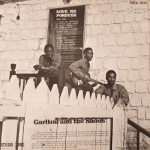 Carlton and the Shoes – Love Me Forever

Starting with the album that inspired me to write this article in the first place, Love Me Forever by Carlton and the Shoes. Lead singer Carlton Manning founded the group the back in the 60’s with his two younger brothers Donald and Linford, who sang the sweet harmonies behind Carlton’s unmistakable falsetto. The two younger brothers would later go their own way and form The Abyssinians together with Bernard Collins. The bases for their landmark album Satta Massagana was laid down with the work they did with their older brother. The traces are very clear, just listen to “Forward Jeruselem“. Carlton and the Shoes enjoyed their greatest success recording for Studio One by the end of the sixties when Rock Steady ruled the Island. They released multiple hit singles during those days from which “Love Me Forever” is the most well-known. Some of these hit singles were compiled on this album, which was released remarkably late after the fact in 1978. Next to the title song, stand-out cuts are “Never Give Your Heart Away”, the romantic “Just Me”,  “This Feeling”, “You and Me” and the already mentioned “Forward Jeruselem”. 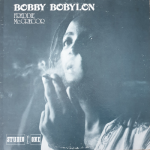 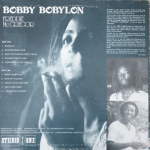 Freddie McGregor may not be held in such high regard as his contemporaries Gregory Isaacs or Dennis Brown, but neither of them produced such a flawless full length album as Freddie did. This is coming from a huge Gregory Isaacs and even more so Dennis Brown fan. Bobby Bobylon listens to as a showcase of the most infectious rhythms coming from the vaults of Studio One. The album was released in 1979, a time when Studio One shortly reclaimed the throne as the premiere studio on the island. The years before proved to be a difficult time for the studio since copyright laws in Jamaica where never established. Every producer seemed out there to pirate the rhythms that made Studio One the premiere studio on the island in the first place. After some time Clement “Coxsone” Dodd decided to retaliate, updated his own rhythms tracks and found other artists to voice new lyrics. Bobby Bobylon was an instant hit and remains a true classic with Freddie’s honey sweet voice, sense of melody and heartfelt performance. The updated rhythms tracks do not compromise in terms of losing that charm and warmth that characterizes the time they were originally recorded in. Studio One vinyl has a bad reputation among collectors and for good reason, but the updated rhythm tracks come to life on the original release and is as good as anything I ever heard from the label. 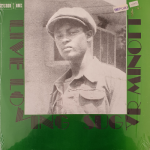 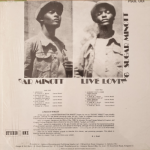 Another flawless record released at the end of the 70’s when Clement “Coxsone” Dodd had decided to revitalize his old rhythm tracks. Studio One had a particular fruitful relation with Sugar Minott which lasted well into the next decade with multiple hit singles and full length albums. The rhythms may have not been as heavy as the competition at the time but this softer more soulful approach formed the perfect bedding for Minott’s gentle voice. None of the tracks on the album enjoyed the kind of fame that his worldwide hit “Good Thing Going” managed to achieve, but that’s a blessing in disguise. No stand-out tracks but literally every track is a stunning piece of music, forms one unified body of work and can stand shoulder to shoulder with legendary works across all genres that are exemplary for their time period. Soul Jazz Records released a 2 LP set compiling the early works of Sugar Minott on the Studio One label. This compilation includes 8 of the 10 tracks on the Love Living album and some additional tracks from that time period. When you don’t want to break the bank on an original this is definitely the way to go. 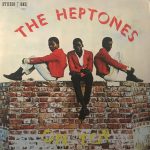 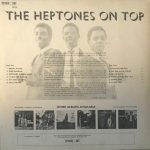 The Heptones – On Top

This scorcher cemented The Heptones as one of Jamaican’s favorite Rock Steady groups together perhaps with The Paragons. At the core of the group it was Leroy’s musical direction and nick for writing mesmerizing songs that were hard to forget and are still being covered or sampled by contemporary artists. With multiple genre defining songs such as “Party Time” and “I’ve Got The Handle” this is one bonafide classic. The Heptones were one of the few bands that were able to survive the Rock Steady era leading the way for others into the golden age of Reggae. Their next major hit album Party Time saw the group teaming up with Lee Perry to create what most fans refer to as one third of the holy trinity recorded at the Black Ark. Police and Thieves by Junior Murvin and War Ina Babylon by Max Romeo are the other two albums that complete this holy trinity. Unfortunately On Top isn’t available on Spotify but I did found a compilation that feature 6 of the songs on the album which sounds close to the originals. 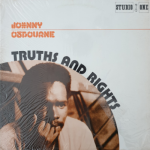 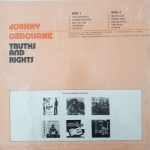 Johnny began his career in 1968 releasing a string of singles on the Techniques label, a highly influential label in the Rock Steady era, before moving on to Studio One. His first singles for Studio One didn’t really make an impact, but for those who paid attention saw a young and upcoming songwriter sharping his tools to write one of Studio One most revered albums. The albums was released just after Sugar Minott’s Love Living and is also based on reworks of some of Studio One’s most memorable rhythm tracks, but that’s where the comparison stops. Truths and Rights moves from devotional tracks such as “Jah Promise” to Lovers Rock on “Can’t Buy Love” and paved the way for Michigan and Smiley with the Deejay smash hit “Sing-Jah Stylee”. It is this last track that ushered Johnny into the next decade as one of the top draws in the Dancehall era. It almost a crime naming just a few tracks as every single track is an absolute winner. More than on most other releases from this time period you can easily trace the rhythms back to their origins. Just listen to the keyboard solo on “We Need Love” by Jackie Mittoo or Johnny Moore’s Clarion Trumpet on “Can’t Buy Love”. 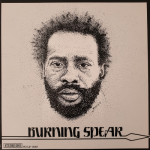 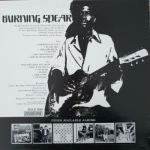 Perhaps the most cultural and militant album on this list. Coxsone Dodd stayed away from Rasta themed songs only to succumb when his back was against the wall. This album was well recorded before that time but nonetheless the cultural teachings of Burning Spear shine through, an approach which doesn’t differ from his later work except not glorifying Jah or Marcus Garvey as feverishly.  “Door Peep Shall Not Enter” must have slipped Coxsone’s attention and it is the most deep and psychedelic song with a wonderful sax solo by Headly “Deadly” Bennet. What I like about the two albums Burning Spear recorded for Studio One is Winston Rodney’s unadulterated voice which is able to bring you in ecstasy with minimal musical arrangement chanting the same chorus over and over again. His prime time still had to come, but the records he recorded at Brentford Road remain an important cornerstone in the discography of Burning Spear. Unfortunately I could only find one of the tracks recorded for Studio One on Spotify, so it’s back to searching the bins at your local Record shop for more! 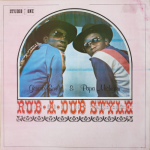 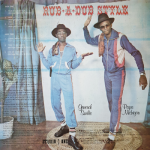 I mentioned Michigan and Smiley already and I can’t leave it out of this list. It is the Studio One album I turn to when I need some positive vibrations. This album is a joy every time the needle hits the grooves and it still sounds as fresh as back in 1979. It wasn’t the first full Deejay album for Studio One, but it made an enormous impact at the end of the analogue era just before the digital revolution. The reason these albums stand the test of time isn’t about having immensely complex song structures, but the beauty of simplicity and the drive to create something original that they could call their own. Every album on this list perfectly captures the essence of their time and that is the reason it still moves people today.

Like I mentioned in the beginning, not every release on Studio One is easy to come by. In some cases vinyl is your only option. For all newcomers to buying Studio One vinyl, stay away from represses in the 70’s altogether. It’s really a hit or miss situation and to be really honest more often a miss than a hit. Seeing the demand in vinyl and the high pace in which new music was released back then, they sometimes even melted down old records and used this paste to press new albums. I have seen terrible records, clean records and everything in between. To start with a Jamaican record from the 70’s will never be flawless, this is the charm of the trade so to speak. I do have some records that are actually excellent in terms of the actual press, but you have to know what you are buying. More over the quality of a Jamaican record hasn’t got any thing to do with the producer or mixing engineer as Jamaicans were far ahead of time often with limited resources. Either go for a original if you can find one and have the financials to back it up or find a quality reissue program (90’s and up) such as Soul Jazz Records or the Japanese Dubstore Records. During the 80’s a lot of Studio One material was reissued for the US market. The quality of these pressings are far better than the represses meant for the Jamaican market. You can recognize these by the yellow label with red lettering. In some case the original tracks were overdubbed which you would rather avoid, but at least you can play them without any pops, crackles and noise. As usual, you can find the playlist containing all the tracks via my Spotify profile.