A wonderful piece of Etho-Jazz Reggae 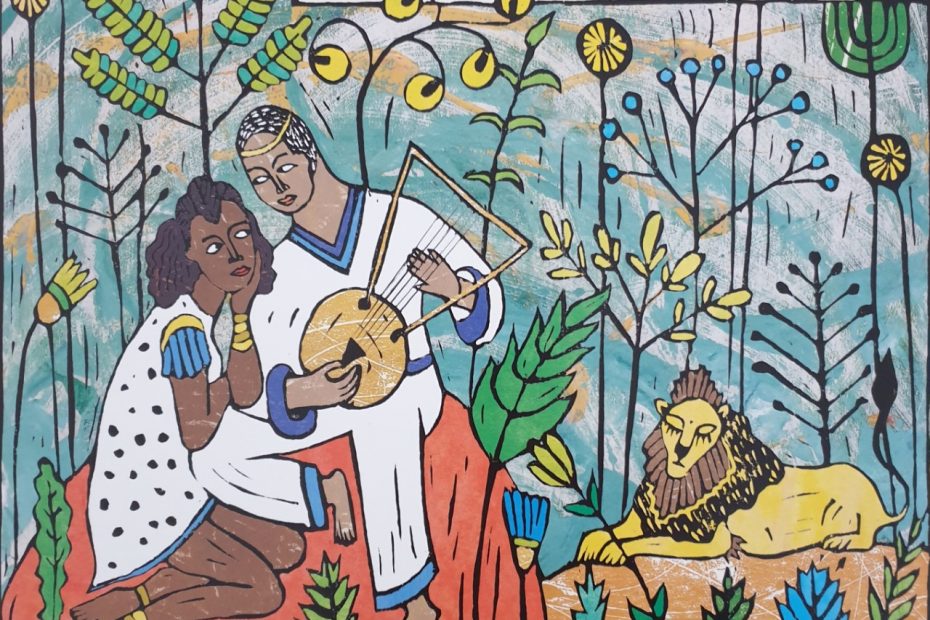 Two years ago I was enjoying some time in Cape Verde. Normally I would go to explore the Island but this holiday was all about relaxing. This gave me more than enough time to catch up on some reading and listening to some music while enjoying a cold local beer! Soon Zvuloon Dub System made their appearance on my playlist to entice me with a wonderful piece of Etho-Jazz Reggae. Something about the vibe immediately caught on. In retrospect, the album isn’t necessarily easy accessible in the sense that the music is a mix of different styles that you don’t hear often. The lyrics are being sung in Amharic, Tigrinya and Gurage. If you are not familiar with these languages, it could take some time to fully appreciate the music. Once at ease with the sounds and language I’m sure you will love this album as much as I do.

Zvuloon Dub System was formed by the brothers Ilan Smilan (lead guitar) and Asaf Smilan (drums) in 2006. Ilan en Asaf share a love for classic Roots Reggae and set out to recreate the sounds made famous in the 70’s by pioneers such as Lee Perry, Augustus Pablo and King Tubby. With their vision they recruited an eight piece band with luminaries from the underground scene in Israel. After a live session for the Balaganjah radio show they put out their first album Freedom Time which rightfully got accolade after accolade. But to me it’s the second effort that peaked my interest. There is a distinct difference in style between the first and second album.

Around the time that Gili Yalo joined the band as lead singer the band started to experiment with other styles of music, mostly Etho-Jazz, Rare Groove and Oriental Israeli Mizrahi. After a positive response from their audience the band decided to further explore their musical heritage and created a sound of their own which leaded to the creation of Anbessa Dub. All tracks are produced, recorded and mixed by the band on analogue equipment in their own studio and released by their own independent label Medtone Records.

The album’s opener is pure instrumental as if to give you a taste of what you can expect the next 30  minutes. You can instantly hear that they’ve put a lot of effort and love into this record which feels very lively and organic. The majestic horn section is present on almost every song and is being interspersed with either a groovy organ, bluesy guitar or native instruments such as the Krar and Masinko. The opener is followed by “Tenesh Kelbe Lay” which utilizes an One Drop Rhythm combined with hypnotic vocals to deadly effect. Up next is the upbeat “Sab Sam” which offers a nice variation within the song’s structure towards the chorus. Hooks in both the melody and lyrics will make you hum along in no time. The first few songs are still firmly rooted in 70’s Reggae with hints of other styles. Only after “Man Begelagelgni” hits you, the influence of Etho-Jazz and Israeli traditional music becomes more apparent but never overbearing. This fusion of styles is given further shape via the fierce “Ney Denun Tieshe” with guest vocals by legendary Ethiopian singer Mahmoud Ahmed. His sincerity in delivering the lyrics is what makes this my favorite song on Anbessa Dub. With the very enjoyable “Endemenesh” the band returns to a sound familiar with Reggae fans as they take on this classic Studio One riddim. “Zelel Zelel” is a brilliant funky showcase of offbeat drumming in syncopation with the rest of the band. It will take some closer listening to grasp the full complexity of the rhythm. They close the album in style with a Nyabinghi inspired song “Yene Almaz”. What a fitting end for such a colorful album.

After a highly acclaimed first album, Zvuloon Dub Systeem took a risk to further develop their own sound and in the process created a wonderful piece of Etho-Jazz Reggae. A totally unique album.