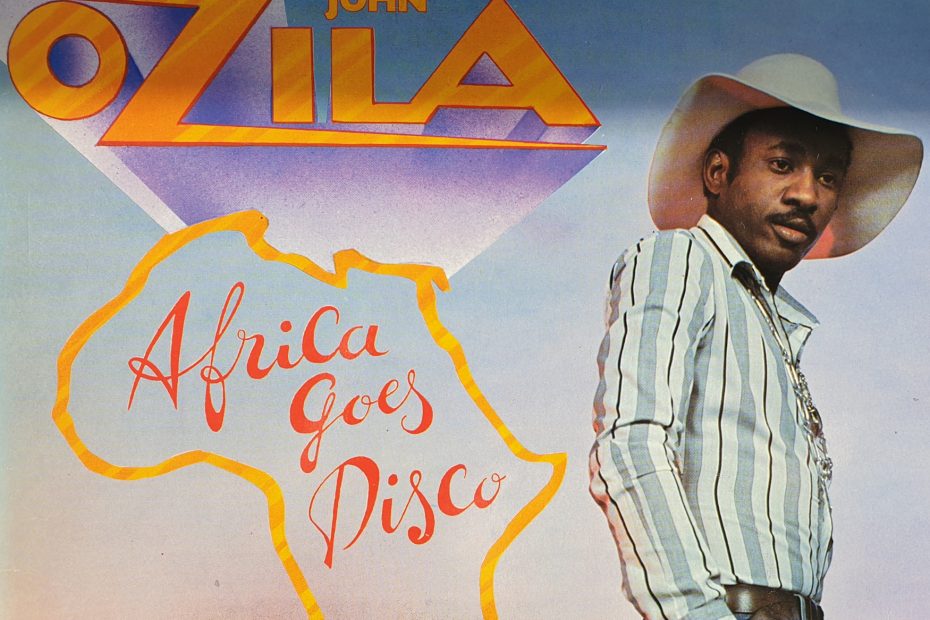 Being a record collector for quite some time, I too have drifted off in a state where most of the vinyl I’m buying is quite expensive. Off course after a while you start to develop a taste for a specific type of music, artist or producer as well as having already covered the basics in your collection. Then a specific album or single that is still missing in your collection can become something like an artifact. Luckily there is still enough music out there that doesn’t cost a small fortune and tip the scale in terms of the price-quality ratio. Africa goes Disco by John Ozila is such a record. You can get an original copy in excellent condition for under 10 euro.

In recent years John Ozila’s output hasn’t gone unnoticed and deservedly yet slowly starts to get picked up by re-issue projects. Momentarily limited to re-issuing some of his funk dancefloor killers featured on the second album, his first album managed to remain largely untouched. With some of his music on 12 inch disco mix now readily available, a whole new generation of DJ’s and collectors are able to re-discover this amazing music. His second album now already fetches up to 70 euros for a decent copy which makes his first album Africa goes Disco the one that’s worth tracking down. Drop the needle on this one and your living room will turn into a dancefloor in a matter of minutes. Your speakers will pump out some of the funkiest discofied Afro grooves your will ever hear. Swinging solo’s on the sax, heavy on percussion and emblazed with wicked guitar licks throughout it is hard resist getting your groove on. Not everything that glitters is gold as some tracks are a bit too cheerful for my taste, but in almost all cases the utter musicianship keep it from tipping over. Stand-out tracks to me are “Kandika” with its percussive drive, “Hey Macumba” and the stellar “Reggae Jamaica”.