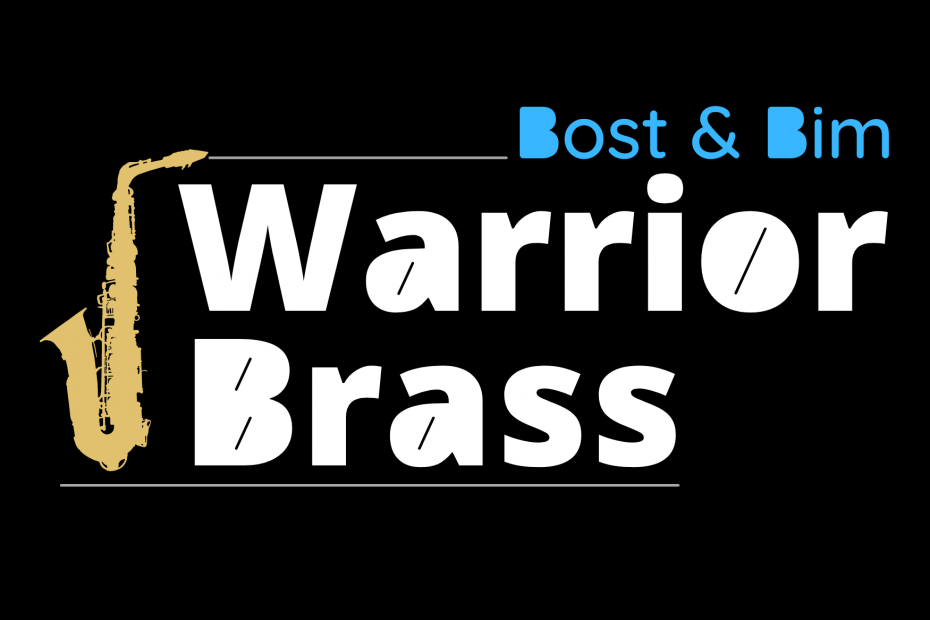 Gazing outside today, I let my mind run free while simultaneously recollecting my thoughts trying to hold on to another year almost gone by. At times, it feels like chasing your own shadow. Not necessarily in a bad way, since positive and tough moments interchange keeping the balance with a bittersweet aftertaste. Unattached to my surroundings, the only constant is the sound of Bost & Bim coming through my headphones. I try to remain in this state for as long as I can before time taps me on the shoulder.

Bost & Bim have been making waves in the Reggae world working with, producing and composing for the likes of Morgan Heritage, Chronixx and Winston McAnuff. They have been doing so with success, scoring a massive hit with “Skankin’ Sweet” by Chronixx in 2017 for example. Unfortunately Jémérie “Bim” Dessus has passed away in 2016 at the young age of 41 and isn’t there to witness his friend Matthieu Bost releasing his first instrumental album on Saxophone named “Warrior Brass”.

The lineage of Saxophone players throughout Reggae history is bountiful and Matthieu Bost isn’t the first one releasing a pure instrumental set. Expectations are always high for me coming across such an album, unable to completely see it apart from some of the works I hold in high regard like “United Africa” by Cedric ‘Im’ Brooks. So, to see something that holds its own after one go is worth telling about if you ask me.

Opening the album with a Nyabinghi rhythm, Bost opens the valves of his Saxophone to let out some sweet melodies sending all the right signals to my brain to receive “Warrior Brass” with open arms. “Tommy’s Mood” is paying tribute to the great Tommy McCook with a more contemporary Reggae groove while the solo by Bost sheds a light on just how influential Jazz was and is to Reggae. Having worked with Chronixx hasn’t gone unnoticed and with “Hornz In The Streets” they further underline the mutual respect by a spirited instrumental of “Rastaman Wheel Out”.

“A Travers La Nuit” is a mesmerizing trip under the darkness of night with the sky painted in bright green. One of my favorite tracks on the album and an example of how progressive a piece of Roots Reggae can be. The wide spectrum of inspiration that motivated Bost to record this album is given further life by “Chilling At The 57” with Mr. Ranglin’s guitar playing style at it’s core. Giving a modern twist to the early days.

Mista Savona joins on “Barrilete Cosmico” and brings forward a zest of Havana Meets Kingston flavor on keys. Bost fully exploits this rhythm with a flirty solo that no four walls can confine and will make people line-up to enter at any given day of the week. One of the crown jewels to come out of the Black Ark is given a new interpretation with “Words Of My Mouthpiece”. This heavy tune balances out some of the previous tracks which are more joyous in nature. “The Ring” comes in armed to the teeth with a full horn ensemble spiting one flying solo after the other taking shape after a studio recording by the legendary Skatalites. Bost closes the album with another Nyabinghi track named after the fabled Cedric ‘Im’ Brooks, returning full circle after a marvelous trip lasting an impressive 15 tracks. The multifaceted Warrior Brass by Bim & Bost definitely deserves a Vinyl release but for now you have to do with a Digital release only.

Find a nice and cozy spot to relax, put on your headphones and let Bost & Bim take you along for a ride. You won’t regret it.

Update: Warrior Brass is now available on Vinyl in limited quantities, so get yours while you can.