Break the chain of karma 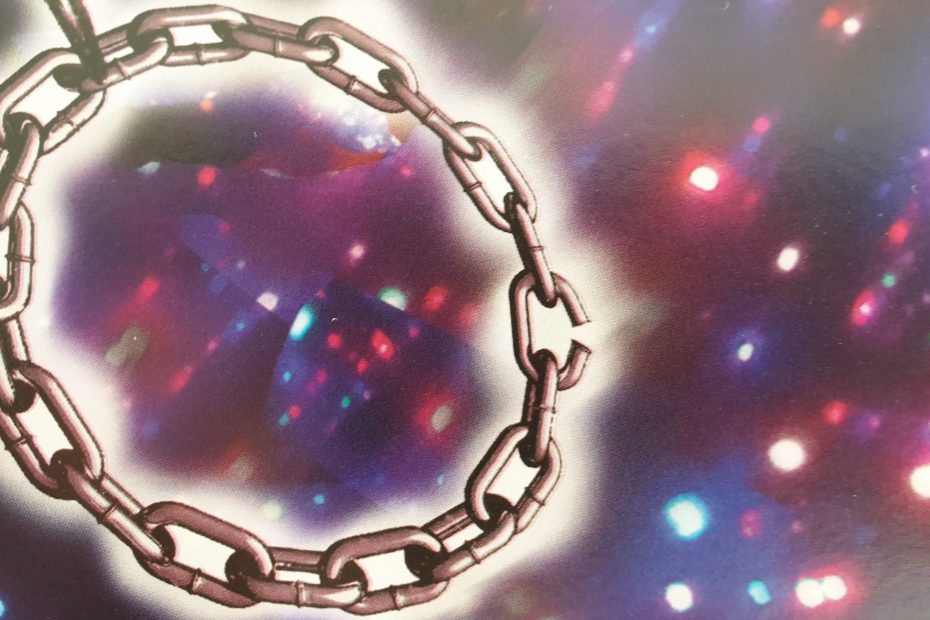 As some may have read in my about me section I would now and then post an oddball and this release certainly meets the criteria. When I first came across Karma No Kusari in 2016  I wasn’t sure what to expect but it somehow totally made sense and still does.

Kiki Hitomi’s approach to the 10 saga’s on this album is an accumulation of important moments in her turbulent life. From her upbringing in Japan, to her leaving the country to study abroad, finding and losing love and an abrupt decision to chase a singing career that ultimately brought her to Leipzig Germany. After all the life changing moments, Kiki was able to break the chain of karma and start anew without the weight of the past holding her down. The album is a testament to this metamorphose and hopefully it will resonate with the listener. The music came together much like the inspiration for this album and is based on different genres which don’t necessarily have something to do to with each other. The album blends the stylistic structure of Enka and Reggae while being produced with 8-bit equipment using a commodore sound chip and vintage Casio keyboard.

As a Reggae fanatic I quickly relate to anything that has a thick bassline. But this Enka was the unknown factor that took me by surprise. The Enka genre knows two phases in which it developed to what we know it to be today. Around the beginning of the 20th century the political opposition in Japan would record their speeches and spread these around in order to avoid the government from censoring what they had to say. Later this style evolved from being politically charged to music which revolves around love, loss, hardship and death with a strong longing for an ideal world according to traditional Japanese ethos. In Enka the emphasize is on slowed down minor chords and using familiar rhythms and lullabies. After spending time in the UK studying the English language, Kiki came into contact with Reggae and Lovers Rock. She began to see that Reggae and Enka had a lot in common both structurally and in the way of singing. After her relationship with her boyfriend ended, Kiki decided to turn things arround and devote her time to a career in music with little to no professional experience. It was a fellow expat who introduced Kiki to the world of experimental electronic music which had a huge influence in developing her sound as an artist. After various stints with different outfits she decided to leave the UK for Leipzig even after some initial underground success. It was in Leipzig where she found the perfect breeding ground for melting the two styles together which she had fantasized about. Together with Jan Gleichmar who runs the Jahtari label and produces 8-bit electronic dub they lay the foundation for a new cross-breed.

The albums start with “Tabidaichi” which translates into departure and signals the beginning of her journey leaving the country she was born. The song serves as an intro before “Nightwalkers” ring the alarm and spit out an electrified Hip-Hop beat where Kiki’s haunting vocals resonate into a menacing backdrop. “Yellow Story” brings you back to 1986 when Prince Jammy’s Sleng Teng riddim spread like wildfire. A thick bassline coupled with a Casio keyboard accentuating the rhythm creates the bedrock for Kiki to share some of her experiences being Asian in the UK. The story continues with an interlude about self-empowerment after being knocked down by everything that life can possibly throw at you. “Every Time You Knock Me Down” slowly morphes into “Pink No Kimono” one of my favorite songs on the album. A stark contrast to the previous song this is full of melody and lush orchestration with lots of extra touches to create a dreamy atmosphere. “Nen Nen Korori” is based on an ancient lullaby dating back to the Edo period and features a poem from Stephen Samuel Gordon aka Spaceape who passed away 2 years after recording the poem. He wrote this with Kiki in mind who at the time was just going through a break-up and asked him to write something for a little girl who didn’t know how to conquer her fears. On “Karma No Kusari” which translates to Chain of Karma, Kiki appears to be talking to herself as a child in order to understand the world of today. “Yume No Hana” moves on in the same vein as “Pink No Kimono” and in both songs the marriage between Enka and Reggae is most evident. “Samurai Spoon” is exemplary for Kiki’s style and hard to express in words. It’s hauntingly beautiful, mysterious and chilly to the bone all at the same time. The album closes with “Galaxy” a musical space opus complete with choir. This albums isn’t just merely a combination of two genres but trancends being a concept album into a piece of art that stands on its own.

2 thoughts on “Break the chain of karma”