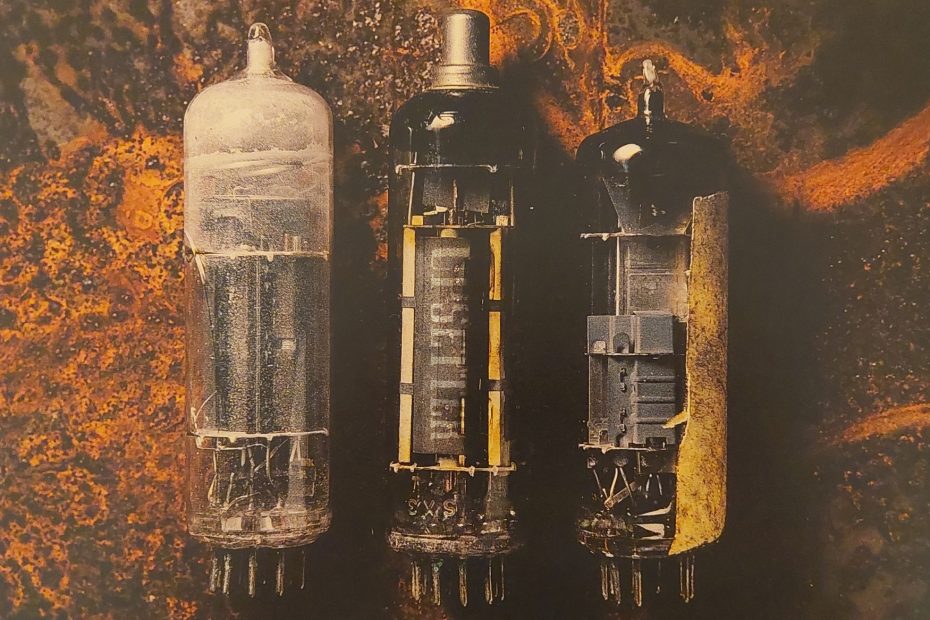 Last week I was out and about enjoying a week of free time close to the city of Arnhem. With the stunning scenery of the Hoge Veluwe etched on my memory and the wonderful city parks which also functions as an outdoor art gallery for over 70 years, Ernem – as the locals pronounce it – had more to offer than I knew. As a bonus I also managed to reserve a bit of time to visit two local record stores, Waaghals and Kroese.

Waaghals is a lovely record store on the east side of Arnhem and boast a wide range of genres both used and new as well as a decent section of CD’s and DVD’s. Although the loot wasn’t a lot in terms of sheer size, only one album, it was in finding something I was looking for a long time. Below The Bassline by guitar maestro Ernest Ranglin. I was waiting for the opportunity to buy this record on vinyl ever since I first heard it, but never managed to find a decent copy for a reasonable price. So coming across the CD version I decided not to hold out any longer and just go for it. I’ve could have bought the CD years ago, as it is readily available for a decent price online, but sometimes you just have to leave it to faith so you can run into it on occasion and enjoy the bliss of being a collector. It only cost me 6 euro’s and it was in excellent shape while finding it instore also saved me the usual shipping costs. For you lucky ducks out there, they still keep a copy of the Fela Kuti Vinyl Box Set 4 curated by Erykah Badu behind the counter for about the same price as it was sold went it just got out. Don’t sit on it, the staff member I was talking to seemed keen on keeping it for himself!

Below The Bassline, next to just being an amazing record, brings back warm memories. I had the opportunity to witness him playing live on his farewell tour aged 84 after being active in the music business for more than 60 years. When I read he was going to play in Rotterdam during Rotterdam Unlimited, I had to read it over a few times to make sure my mind wasn’t playing tricks on me. The astonishment only grew bigger after reading the further additions to the line-up next to the Jazz cats Ernest regularly plays with. The article plainly summed up some of my personal hero’s among other well accomplished musicians such as Tony Allen, Cheikh Lô, Courtney Pine and Alex Wilson. The craziest thing about the whole situation was that the concert was completely free as a part of Rotterdam Unlimited, celebrating the diversity of the city. I sure hope that the musicians were paid in full because the show was magical. I might have been biased, but looking at the venue and seeing how my friends were talking about the show afterwards, I’m pretty confident this was one of the best performances I had seen in a long time. Rotterdam Unlimited has always been able to attract interesting names such as George Clinton, Manu Chao and Gentleman but this was unprecedented for me.

The second record store I visited is situated on the other side of Arnhem, about a 10-15 minute walk from Waaghals. Kroese also held something spectacular I wasn’t expecting to come across again anymore. Back On The Controls was met with critical acclaim when released halfway during 2014. Being a frenetic collector of Lee Perry material, I know to always tread with caution and not buy everything that carries his name. There is a lot of bogus material out there next to the fact that his continuous stream of musical output after the Black Ark period is sometimes questionable to say the least. The hefty prices for this double LP on Discogs have kept me off bay until last week. For once the section with new releases and reissues proved to be more rewarding than the used section. I didn’t had any high expectations and thought I would leave the record store empty handed, just checking some titles I already owned a copy of. Out came this rusty looking sleeve featuring three amplifier tubes bearing the name “Upsetter”. I thought they might have released a second issue. It turned out to be the original press for the fair price of 32 euro’s making the trip to Arnhem even more worthwhile!

Back On The Controls marks the fruitful beginnings of mixing engineer Daniel Boyle and his self-build Rolling Lion Studio, even being nominated for a Grammy for what it’s worth (don’t ask). Following this up with the terrific Horror Zone by Max Romeo two years later and the in my opinion underappreciated The Black Album by Lee Perry in 2018. Another Dub companion to the Horror Zone album followed in 2020.

Have you also been able to do a bit of crate digging lately? Feel free to share some of your recent finds in the comment section below or share some of the records stores you visisted.