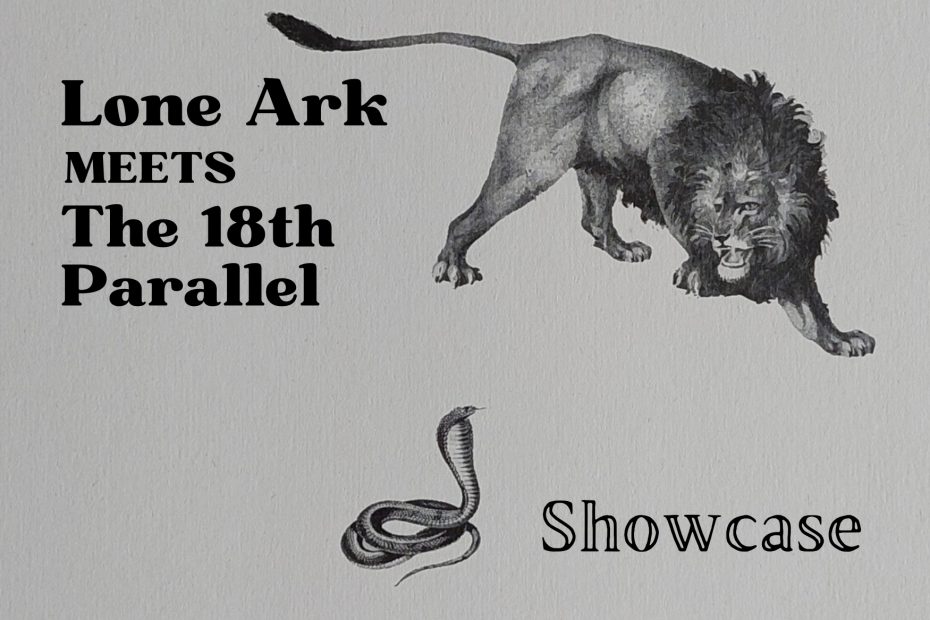 A good amount of time has passed since I last presented you some of the music that I have been listening to lately. So, I figured it is time to bring some refreshments. Time has been scarce lately. Every moment I did manage to put on my headphones or the few occasions my turntable was actually doing what is suppose to do, I took full advantage of the opportunity that was given. Some albums on this list have been lying patiently waiting for me to play them for the very first time while others I managed to secure just the other day and found their way to my turntable as we speak. The wicked better take heed, some serious dread vibes will make your speakers tremble. 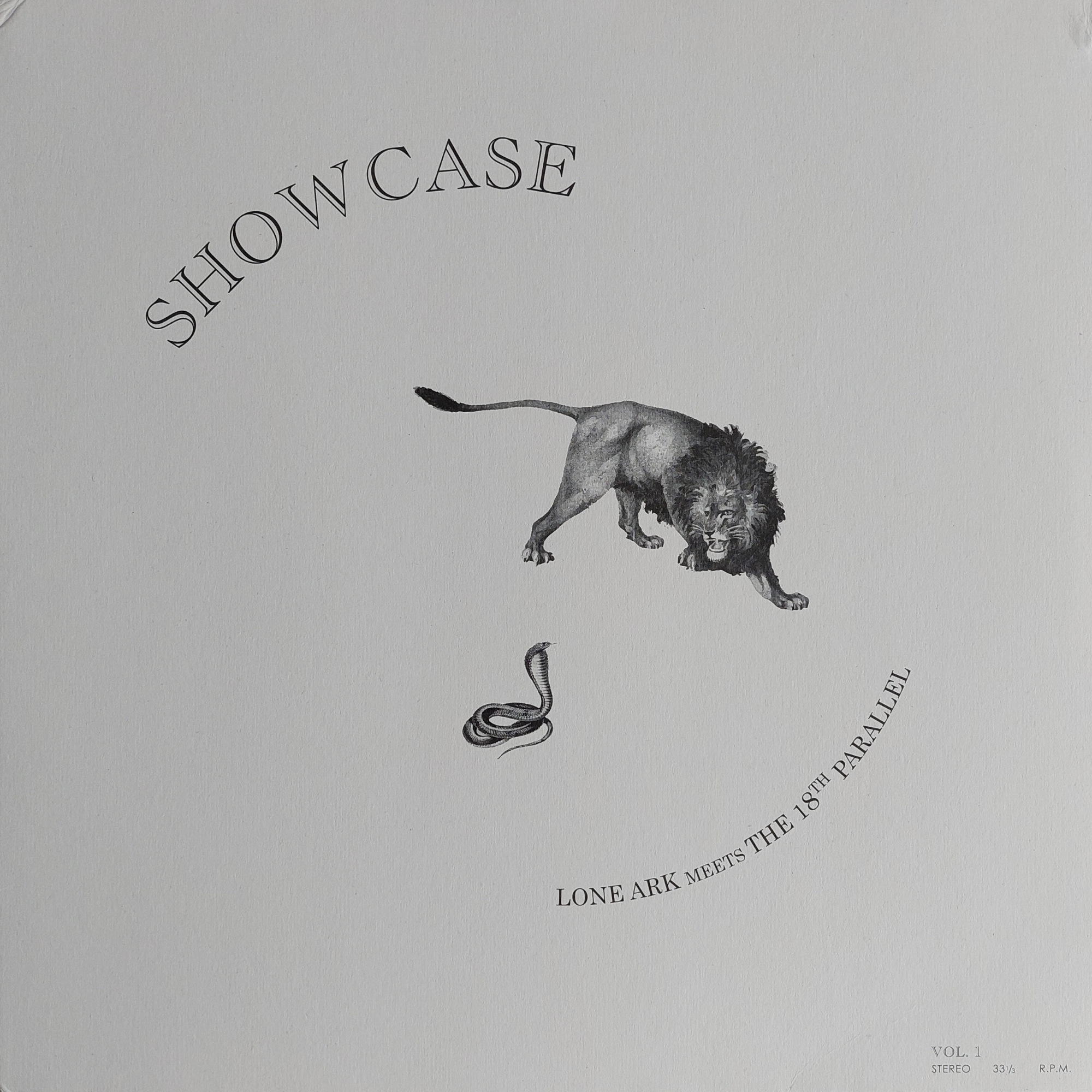 There is almost no piece of music that Roberto Sanchez (aka Lone Ark) puts his hands on and doesn’t turn into gold. If my bank account allowed, I would purchase anything that so much as carries his name. Until that day I have to be a bit more selective. The collaboration with The 18th Parallel even surpasses the ridiculously high standard that has become synonymous with Lone Ark’s output. This is also one the few times we hear him voice a whole album or showcase album in this case only preceded by Countryside released in 2004 if I’m not mistaken. Whether it is about shielding the youth from any bad influence on their path, defend the defenseless or rallying against any form of systematical oppression the music stands firm like a house build on solid granite. Deep knowledge that goes further than the mixing board, having played all instruments by himself on some of his releases, ensures all tracks get that Roberto Sanchez trademark even if in this case he records with the magnificent The 18th Parallel. Roberto build his reputation by honoring what has been done before, but what brings him to the front of todays most accomplished producers is his appetite to keep learning, either bringing in new instruments, recording techniques and/or ideas to each and every recording. Again we are treated with some glorious rhythms, ferocious bass lines and multi layered soundscapes directly followed by a deep dub interpretation. Keep a watchful eye, the name of the album suggests there is more to follow. 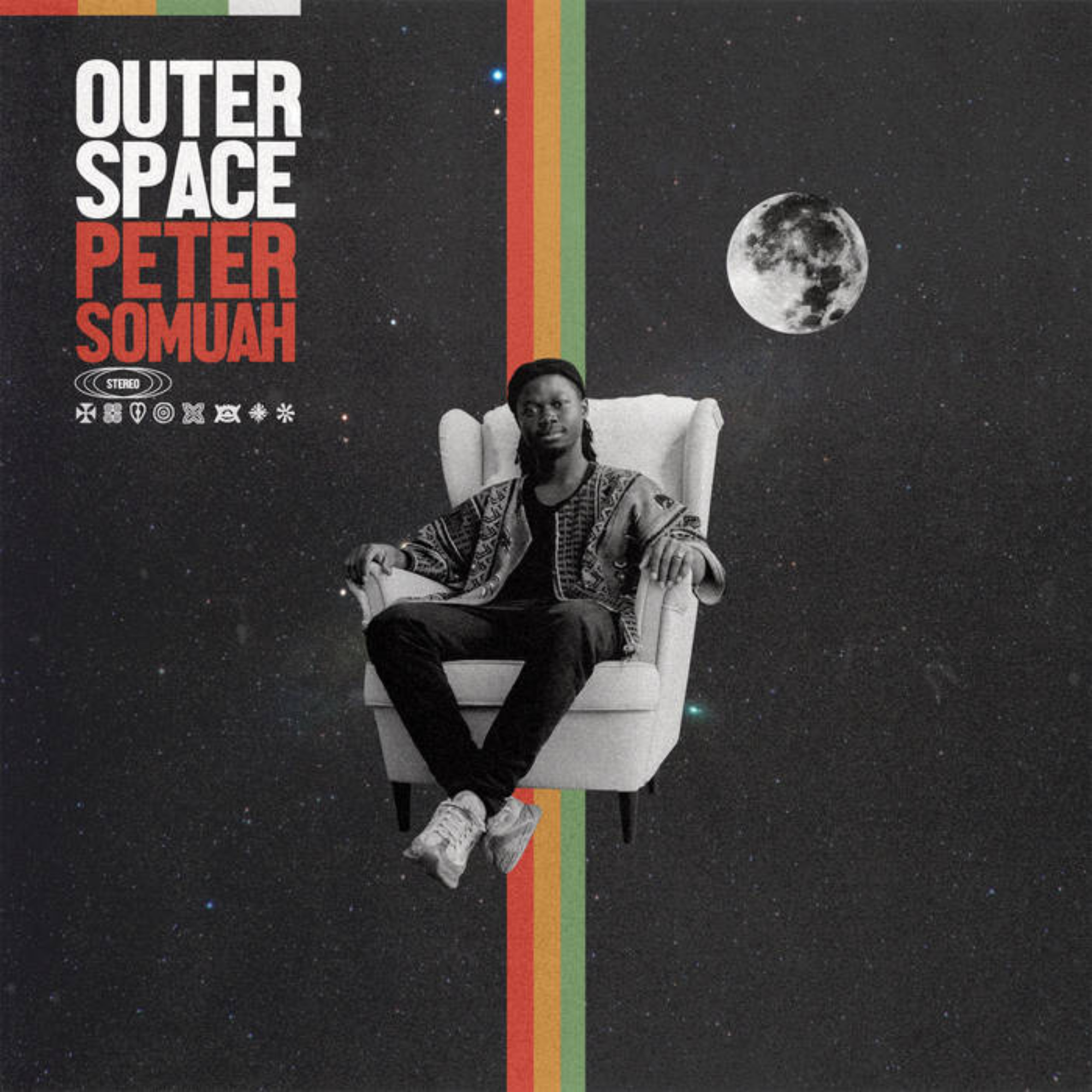 Closely affiliated with Codarts University for the arts in Rotterdam, the probability that you already heard Peter play his trumpet is higher than you might think or at least for my Dutch readers. He has graced several tracks of todays more popular Dutch Rap artists with his beloved trumpet. Not listening to any radio myself and not a fan of this type of music I was oblivious of Peter until I came across Outer Space. Peter himself grew up in Ghana, uniquely positioned in the middle of the rich West African musical tradition while outside this influence Miles Davis and Roy Hargrove had a big impact on his playing style. On Outer Space, Peter crosses lands and borders taking with him all that he has been influenced by from a young age to now as an adolescent being able to bring it all together on his debut. Outer Space follows in  the footsteps of some of the great contemporary Jazz artists that have risen the last 10 years  – think NY and London – playfully incorporating elements of Funk, Latin, R&B and Hip Hop while carrying the rhythmical flow of Africa. Proud to have such an artist enriching the city’s music scene and calling Rotterdam his home for the time being. Favorite tune? The frenetic “Dedicated to Roy” is an absolute killer! 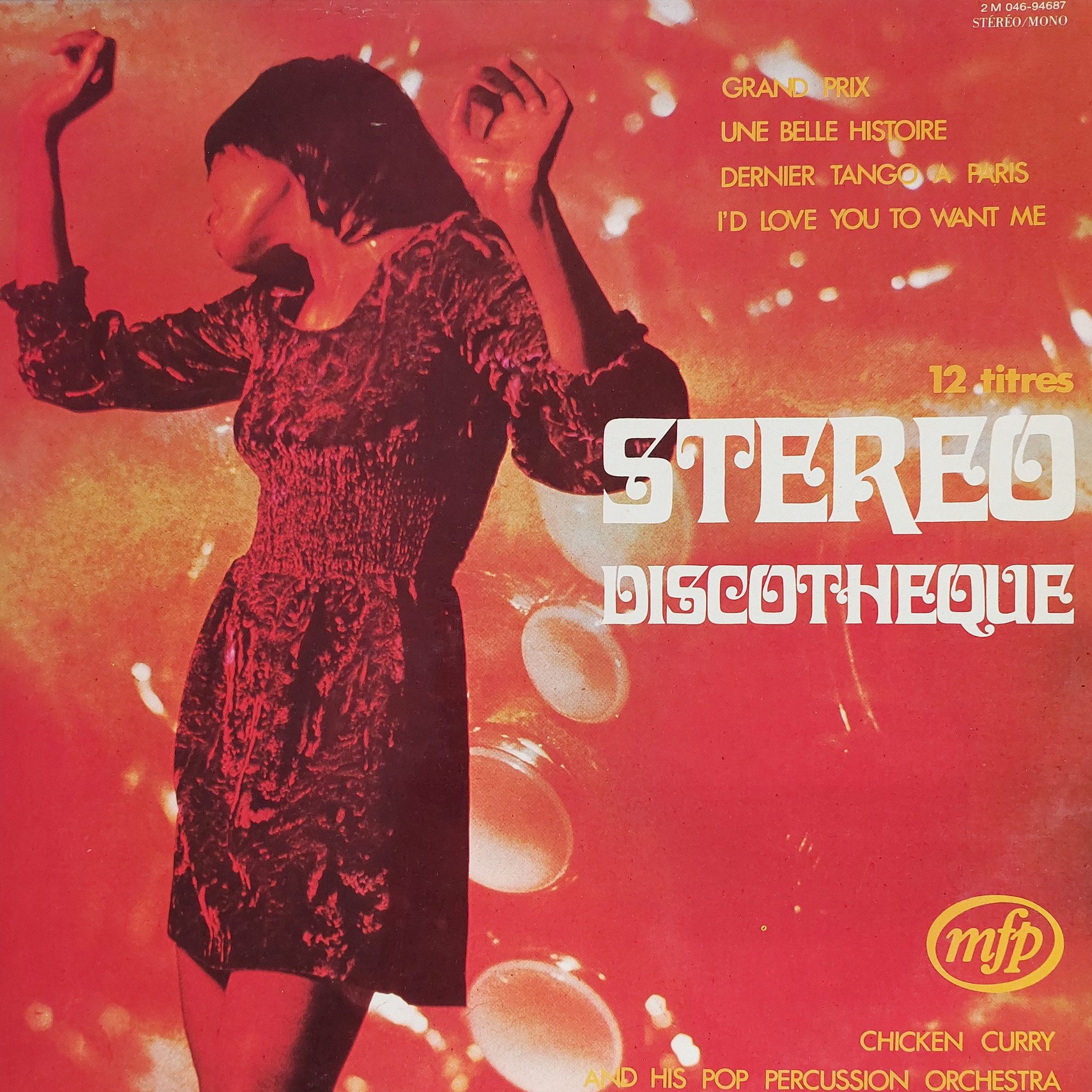 I came across this widely unique set of music as it was recommend on Discogs when browsing for a completely different album. Somehow they make the algorithm work as it happens more often than I like to admit. The rather long and to some extent strange name is actually a pseudonym supposedly used for the French and Italian market as anywhere else they where simply named El Chicles. Stereo Discotheque is a 70’s Latin Funk set, great to start your day with or end it sitting back in your favorite chair. The album got stuck with me after the first go, slowly waking up to some of these seriously greasy Funk instrumentals alternated with some slow Jazzy excursions. Even the more standard works such as “I’d Love You To Want Me” and “Une Belle Histoire” which are also happen to be covers are performed with a high attention to detail and with enough confidence to make them stick. The first one with a gorgeous string arrangement holding somewhat of a nostalgic value for me reminding me of John Holt’s Reggae version. The mainstay however, are tracks like the languid “Librium“, silky smoothness of “Last Tango In Paris“,  the feverish “Drums Go Nuts” and the downright dirty “Malaria Fever“. This is music as they don’t make it anymore. 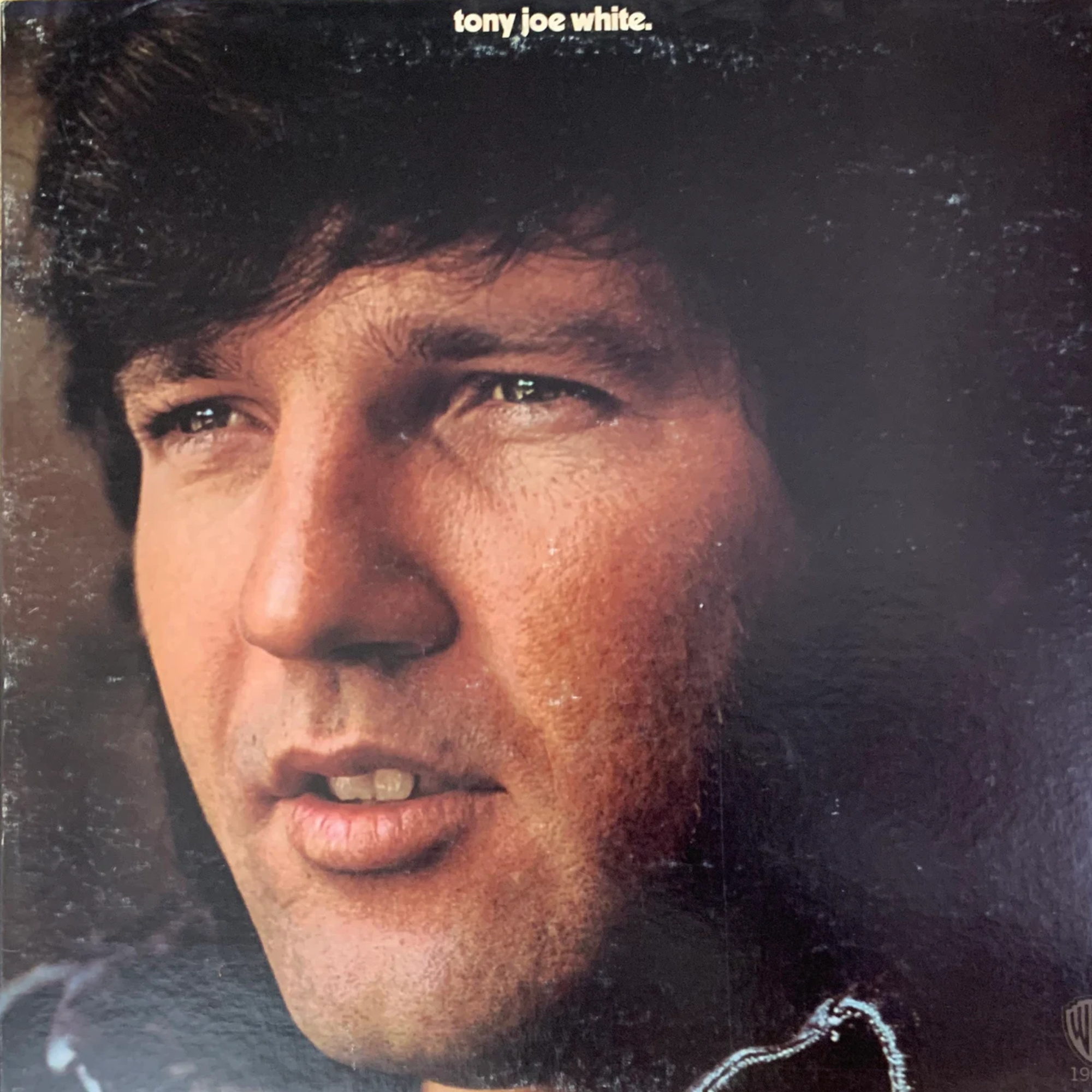 Tony Joe White’s debut Black and White has been on my want list for ages. While there are some copies available in great condition for a decent price it remains one of these items that is on your list but never seems to come on top. I placed some bids on a copy that was up for auction a while ago but that didn’t go my way either. After discovering that Easy Eye Sound was about to release a posthumous album, I was motivated to listen to some of his other material. Tony Joe White released in 1971, is Tony’s fourth album release and it struck a cord with me even more so than Black and White. Tony’s way with words and his unmistakable Louisiana Swamp Rock has only grew in confidence adding strings and a full horns ensemble to his otherwise rudimentary sound making it more soulful than some of his earlier work. Listen for instance to “They Caught The Devil and Put Him in Jail in Eudora, Arkansas” and “The Daddy“. As a songwriter in general I believe Tony deserves more recognition, but he remains kind of a wild card for many while his gruff voice might not speak to the masses like some of his contemporaries did. For that reason only, Tony Joe White deserves another listen from a crowd that appreciate those who offer something different. 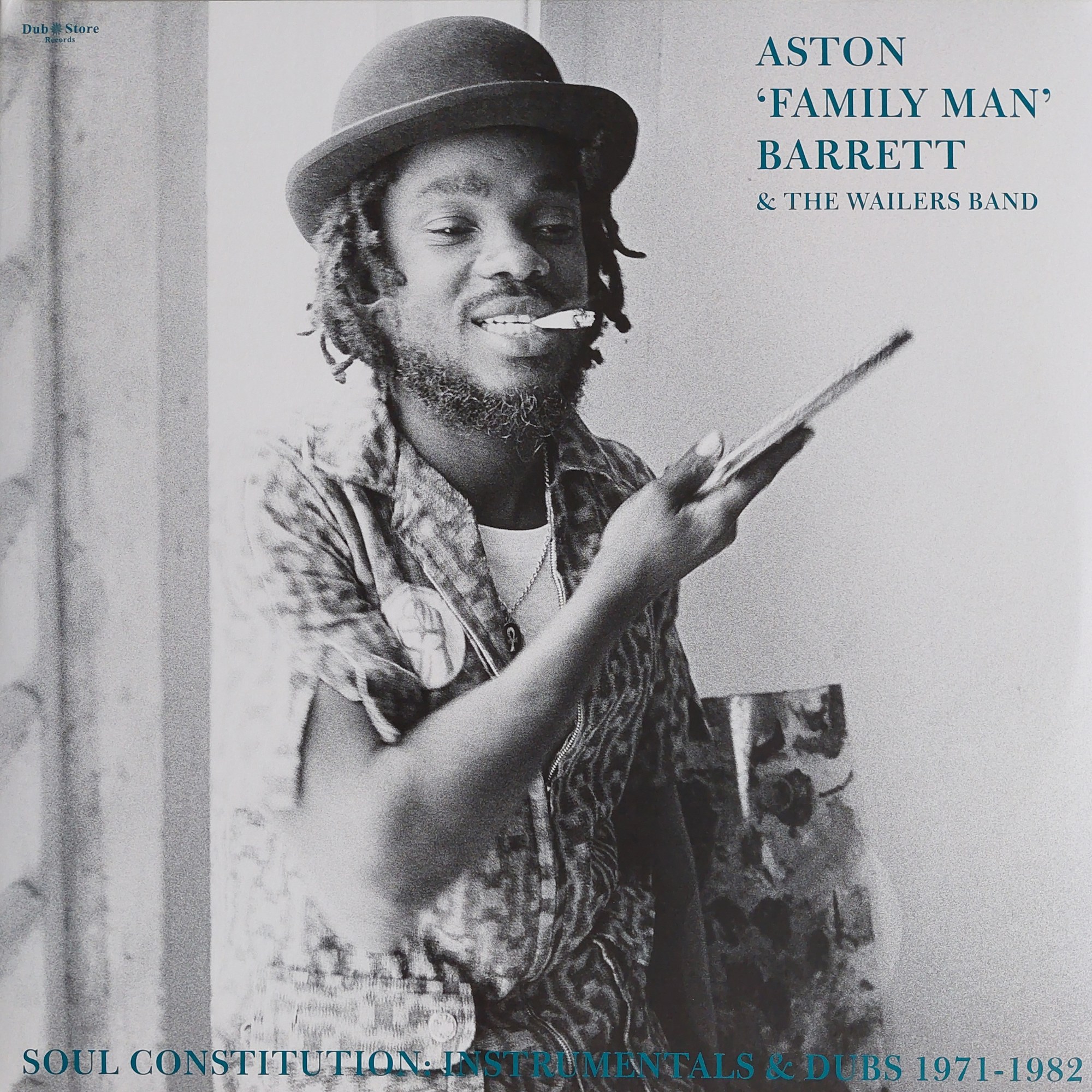 Whoever knows Aston “Family Man” Barrett solely for his mid to late career work with The Wailers might be surprised to hear him play on an album with such militant and dread vibes. Soul Constitution collects 16 cuts working as a session musician on different recordings between 1971 to 1982. These tracks are seldom heard mostly released as obscure singles. They deserve every bit of attention as Aston Barrett is on fire laying down some killer bass lines complemented by fellow Wailer band members and others musicians within the rich Jamaican recording circuit at the time. Even with the advanced recording equipment and techniques of today you wouldn’t be able to recreate the dread vibes of these sessions. With tracks covering a period of 11 years the album feels surprisingly consistent. Listening closely you will be able to pick up the difference between the early to mid 70’s material mostly found on the A side and the more stripped back sound found on the remainder of the album more in line with the developments of digital recording techniques and the use of synthesizers. All tracks do possess a distinct sound which can carry you through a late night Dub sessions with ease. At times it feels like Yabby You recorded this session at the Black Ark himself. “Distant drums” is a perfect example to illustrate my point. Dubstore Records have done a lovely job bringing these out of print singles to life which you can purchase either as 7 inch singles or in this case as a compilation double LP. Next to the flawless pressing you also get the ultra cool cover with liner notes by David Katz to study while the drum and bass will slowly bring you in a state of ecstasy.