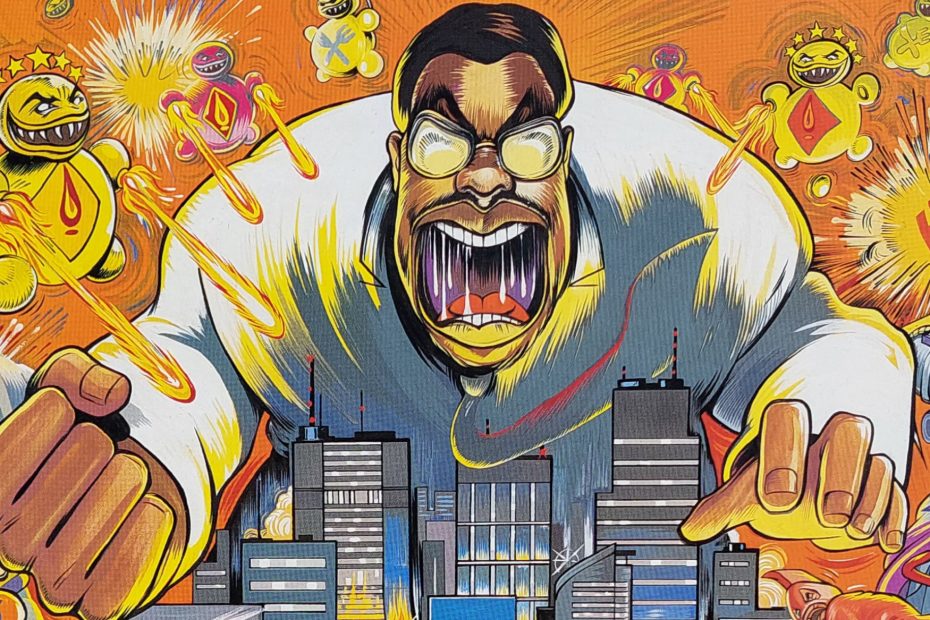 In the second installment of this series we take a look at the album cover of No Protection, Massive Attacks’ second album given the dub treatment by Mad Professor. From the music to the comic-like cover drawing, this is just downright gorgeous and according to (some) music critics surpasses the original with its compelling dub mix. Stephen Bliss, perhaps most well-known for his art work on the Grand Theft Auto game franchise, is the illustrator responsible for this marvelous work of art. Tell me what you think.