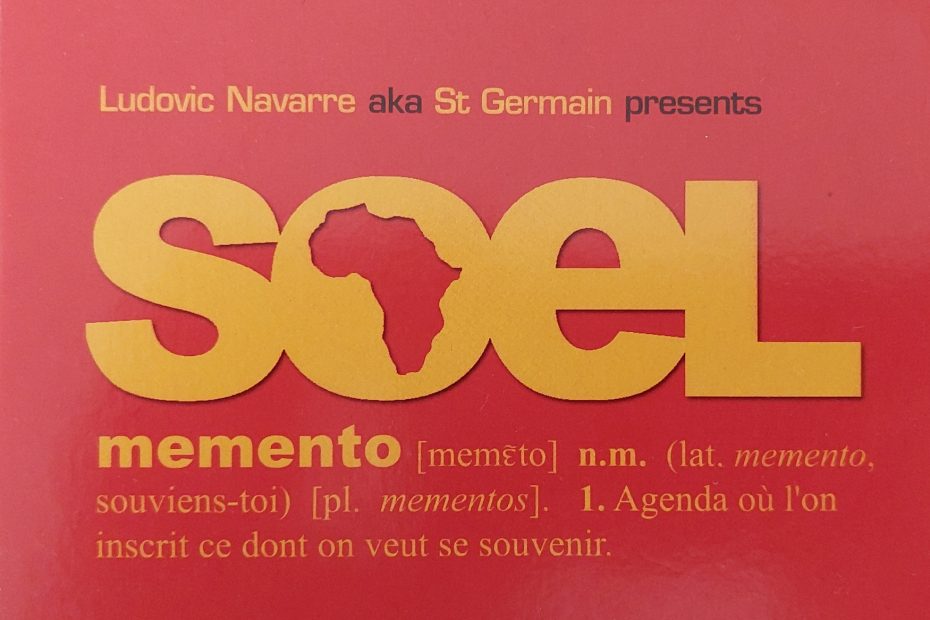 You will never catch me bragging about the Spotify algorithm as it often suggests more of the same and thus it will not broaden your musical spectrum a lot. However, in some rare occasions it does deliver something fresh and although not outside what I usually listen to, it makes this young soul normally favoring the nostalgia of Vinyl and the human conversation that goes with it appreciate programmed intelligence for once. St. Germain has reached cult status and is a pioneer of the French Touch, a new wave of electronic music first sweeping France and later taking the world by storm during the late 90’s. On Memento, he joins forces with Jazz Trumpeter Pascal Ohsé practicing under the moniker Soel. Together they bring you on a memorizing trip of Acid-Jazz with some outings to HipHop, Funk and Latin and although I don’t know St Germain that well, he as the producer of this project succeeded with presenting it as one continuous trip for your thoughts to dwell.

Opening with a piece of Latin Jazz that moves under the guidance of a killer organ performance alternated by flute, that both seem to get funkier by the minute. After five and a halve minutes, the funk comes to a halt and in comes this upright bass and Hip-hop beat topped by Pascal’s Trumpet in what I can only describe as “Enter The 37Th Chamber” meets “Doo-Bop”. This could serve as the music to a 90’s Hip-hop music video in which an odd fellow staring into blank space is just banging his head to this loosely sliced beat. Part of the Memento also owes significant debt to the many Blaxploitation soundtrack albums from the seventies and both “My Singing Soul” and “Black Woman” build upon some of the great examples such as “Superfly” or “Shaft”. It would be to simple to just deem these tracks as mere interpretations of what came before, as they move in their own way and play a crucial part in bridging the first half of the album with the second. “The Earth Mother” is possible the strongest track on Memento and it is here the power of both musicians shine bright and their artistic views take full flight. “The Way U R” celebrates a thick jerking bassline and an easy bedding for Soel to play the cool cat, bringing forward some free interpretation on his trumpet aided by some bluesy guitar licks. Finishing strong with another gorgeous track that manages to overcome the dark undertone, remnants of plagues and human terror, as we have died already and seem to have come back from it. If you are familiar with St. Germain’s main body of work, you might require a total reset before listening, but for everyone else it is just smooth sailing from start to finish.