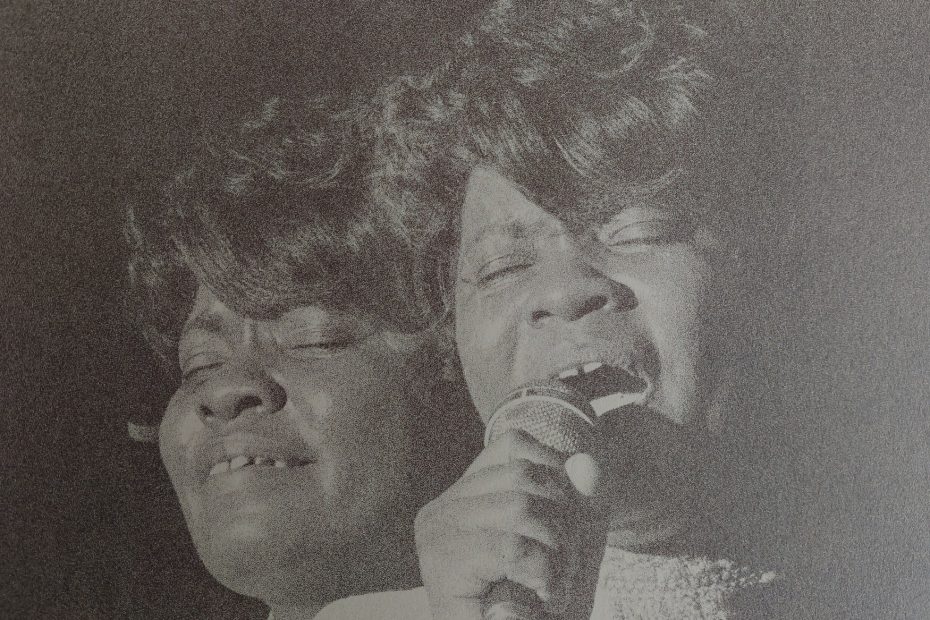 With the falling leaves of autumn, I got to spent a surprisingly warm October afternoon wandering the streets of Liege on the look-out for some rare grooves. Having done some record shopping in Liege before, it was easy to sum-up the record shops I definitely wanted to visit while adding some less familiar ones to the bonus list. If not for the sheer amount of record bins to go through than for the few that hold something special, my time record shopping in Liege showed me again that having some sort of plan is good but being friendly with the locals is a far more effective strategy.

I started-out with my favorite record shop in Liege owned by a very lovely couple. Already some years ago, more than I would like to admit, I visited Lost In Sound for the first time and snatched a Nicole Willis album on the excellent Timmion Records from the Soul section. I remember playing Tortured Soul on a vintage Luxman record player and amplifier after which I was immediately taken by the warm sound. This time around, I was more lucky going through the Blues bin coming across an album by Koko Taylor. Never before having heard of either the artist or the album title itself, something about it 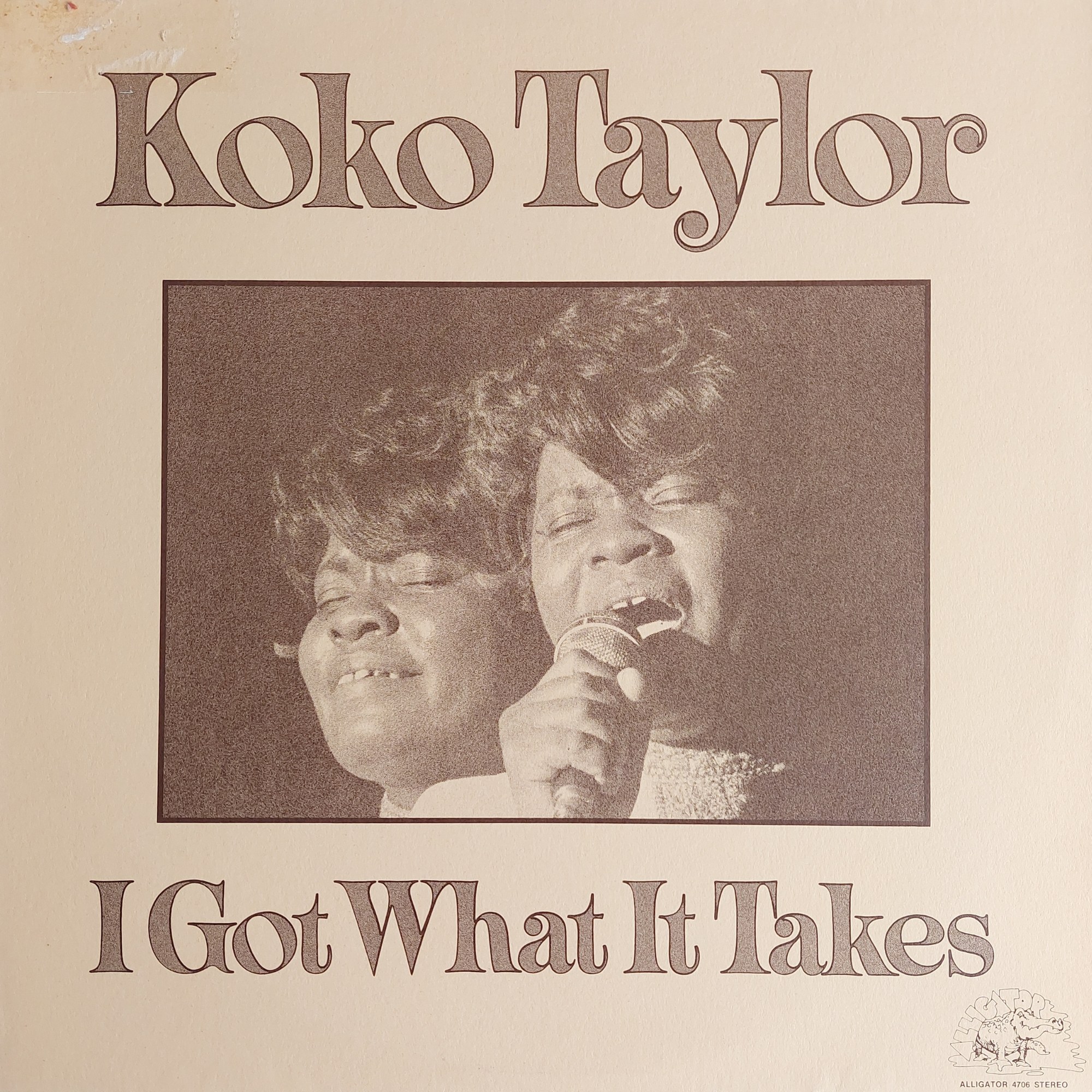 intrigued me. After finishing going through all the bins, I did some research about the records I had set aside. All of them but one went back to the bin they belonged to either because it wasn’t what I was looking for or it was too expensive. Koko Taylor’s I Got What It Takes remained and was exactly what I was looking for as I’m trying to venture a little bit into Blues territory. It being an original US first pressing, the record wasn’t expensive at all specially seeing the condition of the vinyl was perfect with only the sleeve showing minor imperfections. Now having properly listened to I Got What It Takes, this absolute steal is right up my alley. It is not just Koko’s growling voice and stellar performance making each song her own, but the music arrangements that is making each track fly. This can definitely be said for Willie Dixon’s rendition and title song “I Got What It Takes”,  the bone-rattling “Voodoo Woman” or the tearjerker “That’s Why I’m Crying”. I spoke to the owners about my previous visit many years ago as if it was yesterday, little did they know. They were every bit as kind as the first visit, listening to my little story 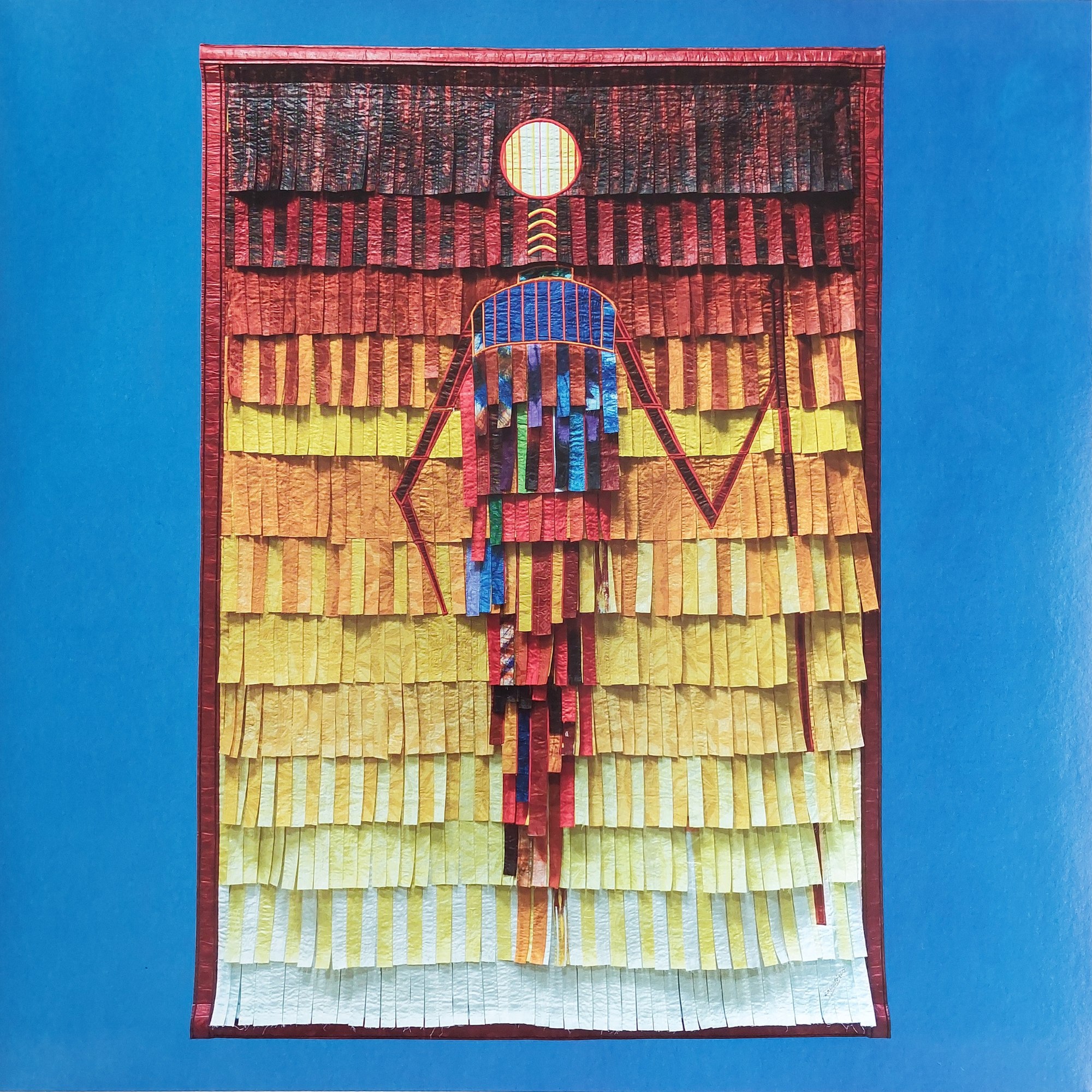 and recommending me the new album by Vieux Farka Touré and Kruangbin based on what they seen my pulling out of the bins. The  limited edition jade color vinyl was laying behind the counter and if not for the small talk I would have definitely missed it. The title says it all. Ali is a ode to father and legend Ali Farka Touré, one of Arica’s most gifted and celebrated guitarists, and revisits some of his most well-known as lesser known songs together with Texas trio Kruangbin giving each song their own twist. After paying for the two records, I asked about the record store scene and they recommended me to visit a newly opened store just a five minutes walking from theirs. Once again this showed that having a friendly chat with the locals is the way to go.

This store wasn’t on my list and didn’t pop-up when I did some searching online for record stores in the surrounding area of Liege. That might be because Cultivarium just opened shop, but more likely it is because it isn’t a record store in the traditional sense. Cultivarium is a curiosity store that sells vintage comics, second hand games, books and music. The whole st 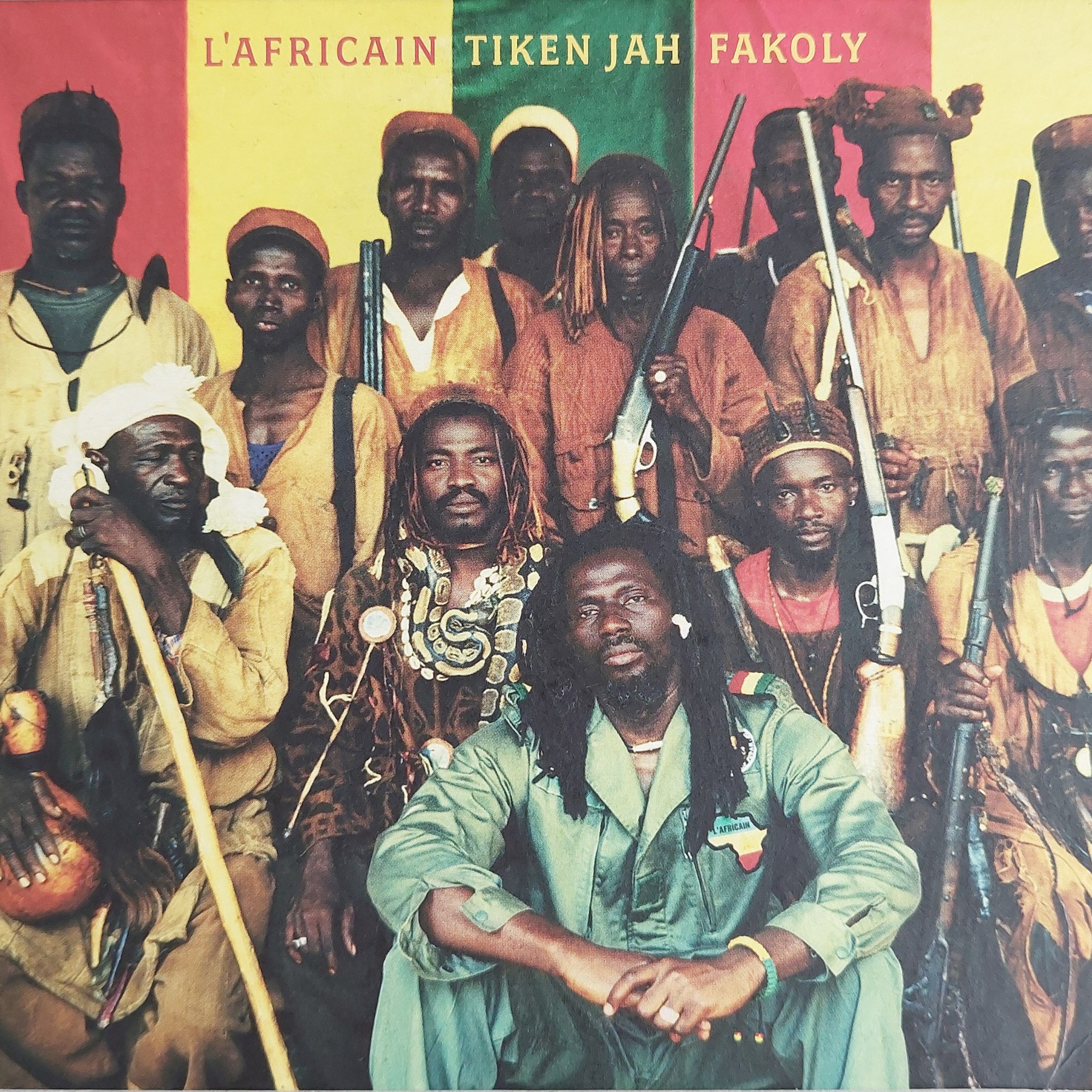 ore was fantasy themed including the personnel because of Halloween or maybe just because they like to dress up. The vibe was very nice and this is the type of store where you as a collector for each of the previous mentioned collectables can find something worthwhile. Going through all the vinyl bins first, I came up emptyhanded after letting go a patchy looking One album by Bob James. I was hoping my luck would turn around once I started going through the CD bins. There where quite some CD’s to work my way through, but it didn’t take long before stumbling on Jeff Buckley’s Live At The Sin-É legacy edition that appeared to have never been played at all. I wasn’t going to pass up the change of listening to two sides of Jeff Buckley recorded live at the café where it all began for 6 euro. Not exactly a steal as you can get these anywhere for a decent price, but a worthwhile addition to the collection plus it saved me any shipping cost. There was more in store for me going through the Reggae CD section where among the many Bob Marley, UB40 and 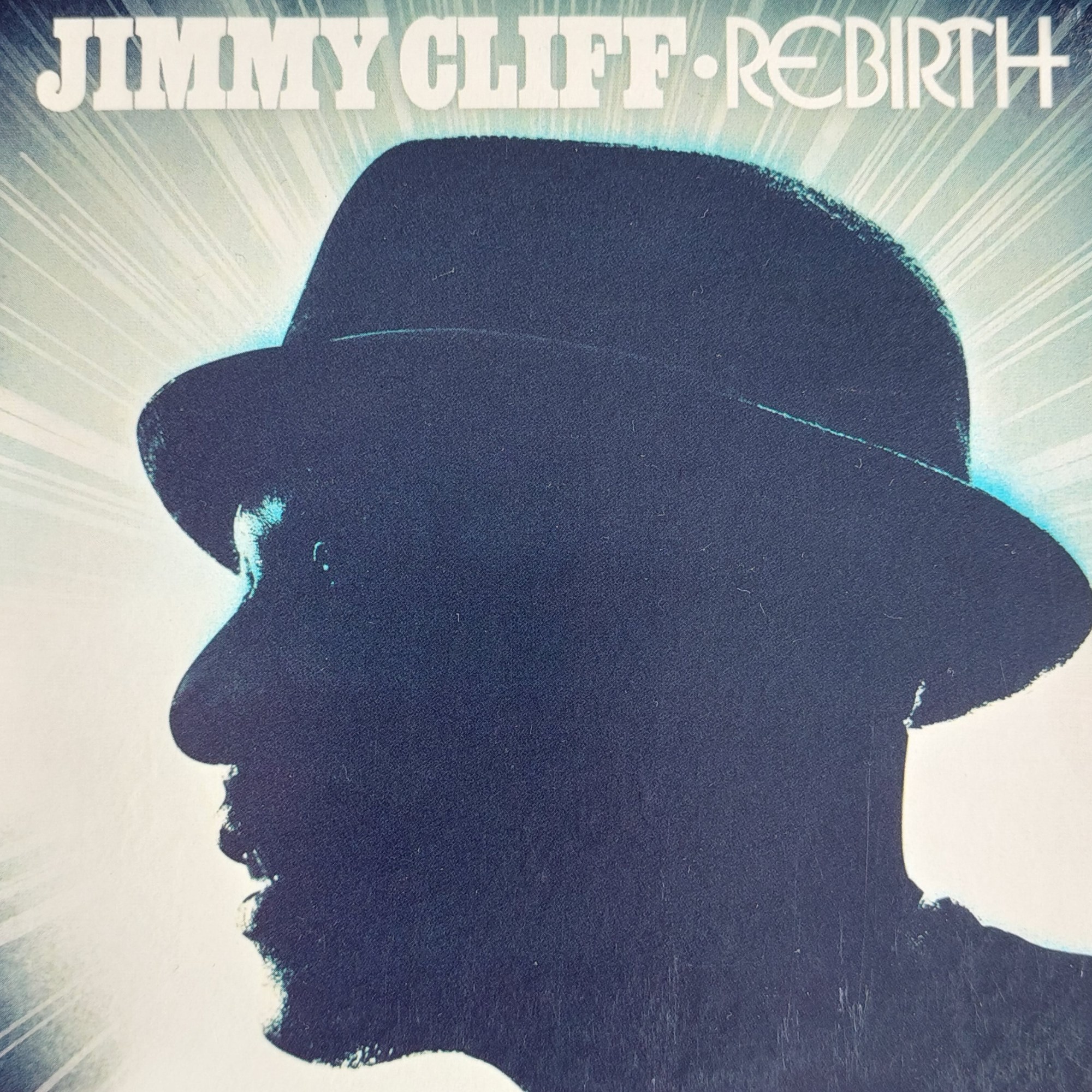 miscellaneous Reggae compilations I quickly spotted on of my favorite albums by Tiken Jah Fakoly named L’Africain. Soon after, I pulled out Jimmy Cliff’s late career masterpiece Rebirth. Both were not in the same mint condition as the Jeff Buckley CD’s but still in excellent condition. CD’s also don’t have to be in absolute near mint condition to still sound amazing, while a sensitive element will pick up any imperfection when it comes to Vinyl. With Tiken Jah Fakoly’s anthem “L’Africain” or the vintage ska banger “One More” (especially the alternative version) blasting through my speakers I knew it was more than worth the admission of 3 euro a piece. Since it was close to Halloween when visiting the store I got to roll a dice and received an extra 10% discount so my luck indeed turned around making record shopping in Liege something I would definitely recommend if you happen to be in the area.

After Cultivarium, I didn’t had a lot of time left so decided to quickly visit Carnaby Records for which you only need to cross the river from Cultivarium. A ten minute walk tops. Entering Carnaby Records is like stepping back in time, just by looking at the logo on the window you can see the cracks of time and the inside is no different. A proper old school record shop stuffed with mostly 70’s to 80’s Rock and some rare Psychedelic collectables. After going through the most promising looking bins, I left emptyhanded but this shouldn’t deter you from visit this store whenever you can. Maybe I just depleted my amount of good fortune for one day in the previous stores already. If you are planning to do some record shopping in Liege yourself, it is good to know that there are some other stores which I couldn’t visit but with a little more time of your hands you can easily visit as well. RecordPlanets is located in the heart of the city and is specialized in Hard Rock. They sell both new and second hand vinyl and CD’s. Jean-Paul Disques Vinyles CD et DVD I never visited before, but from what I can tell by reading a bit online you can find a bit of everything raging from music to movies. The downside is that it is located on the outskirts of the city.

2 thoughts on “Record shopping in Liege”