The Wolf That House Built 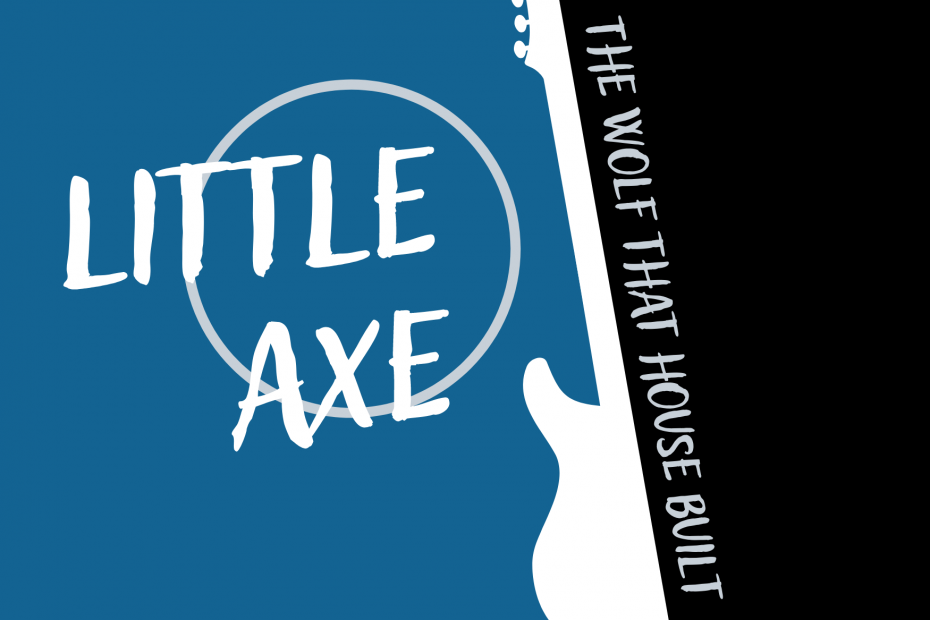 Ahead of next month’s paycheck, chances are I already know what specific album I want to purchase. I try to limit myself to not buy more than a couple of records each month, so I don’t end up with a hundred thousand records by the time I retire. This forces me to make clear choices and makes me appreciate the records I manage to get a hold on even more. I must admit that from time to time this rule is thrown overboard whenever I’m abroad on a record buying spree, but overall I tend to stick by it. This time around I had my eyes set on The Wolf That House Built, a trailblazing set of Blues inspired Dub music.

Little Axe is leading us down south for a trip through the delta that has been transformed from a swamp into a futuristic no-man’s-land where sound can travel wide and far colliding against the oddly shaped buildings that remain. With no front porch or rocking chair in sight, Little Axe drags his feet through the empty streets while he plays his beloved guitar inspired by whom that have paved the way.

Skip “Little Axe” McDonald is an alias of musician Bernard Alexander. A Blues guitarist by heart who’s career took off when he started playing with longtime friends Doug Wimbish and Keith LeBlanc as the studio band for Sugar Hill Records at the end of the 70’s. The hits they played on during this period don’t need any introduction as everyone is aware of a tune like “The Message” by Grandmaster Flash & The Furious Five. They got acquainted with British Dub pioneer Adrian Sherwood while he was on a visit to New York. Not long after they left the Sugar Hill stall, they started to collaborate on what where the early stages of On-U Sound. The collaboration took many forms from studio work to support band for most emerging acts on the label. Next to recording, remixing and supporting other acts they released their own music under the moniker “Fats Comet” early on and later morphed into their most well known outfit “Tackhead”. All three musicians released, at some point in time, one or multiple solo albums of which some are very worthwhile to track down next to The Wolf That House Built.

“If all would talk and then do as you have done. The sun of peace would shine forever, sisters and brothers fight on”.

The House That Wolf Built is in no way Blues music in the truest sense but rather a modern interpretation of the Blues in a world of decay, not afraid of mixing in anything that was previously unheard of without renouncing its origins. Throughout the album we can hear what I refer to as tribal meets industrial Dub setting including shards of conversational pieces with Howlin’ Wolf, to whom this project is clearly dedicated to. There are not a lot of producers out there which have such a distinctive sonic handprint as Adrian Sherwood, putting the rhythmical flow of the music above everything else. These deep dark grooves can be felt track after track with spacious backdrops and additional instrumentation provided by the On-U Sound family. Only a few tracks manage to  overcome this heavy mood such as the Country Blues of “Another Sinful Day” or the Blues Rock orientated “Crossfire”, but you kinda wanna go back to that feeling immediately after. The back of the cover shines a light on the albums true intentions that lie underneath a thick layer of sonic ash (see quote above). A brilliant set that will grow on you the more you listen to it.