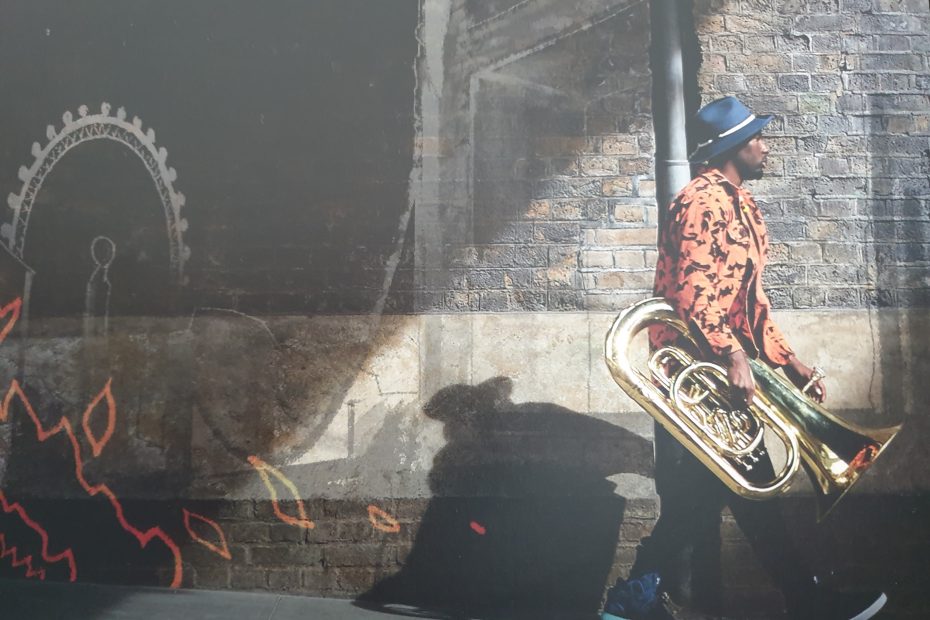 2015 marked the year that Jazz made a come-back to the forefront of today’s popular music. For some listeners, Jazz never went away and has always been a genre that largely ignored what was popular and what wasn’t. But even the Jazz purist must admit that Jazz hasn’t been on the forefront for quite some time and therefore has been largely ignored by today’s youth. But in 2017 I went to see Dr. Lonnie Smith and looking around I noticed more young attendees among the normally largely white male-grey hair types attending Jazz performances. To me this signaled a change in interest by today’s youth and I was interested if this was something to stay or just temporarily. A year later I was able to score some tickets to see Kamasi Washington performing. When looking down from one of the balconies of the venue it pleased me to see a healthy mix of young, old and different colorful people. Hopefully this will spark an interest in Jazz for a whole new generation.

The story of Kamasi Washington as one of the flag bearers of this so-called new Jazz movement has been well documented and a quick search on Google will land you more than enough to go on. It took me a while to map out this new movement including the different colorful characters in the story such as Thundercat. Somehow I always feel drawn to characters shrouded in a bit of mystery that just need a little bit of effort to uncover. So upon discovering a similar come-back of Jazz in the UK I was quickly drawn to Theon Cross and his prowess on the tuba.

Theon Cross has been a key player in the UK Jazz scene for years, supporting multiple acts such as the Ezra Collective and is a permanent member of the Sons Of Kemet fronted by Shabaka Hutchings. After years of supporting other acts and playing for the Sons Of Kemet he steps into the light with his first solo album Fyah. Recorded with fellow players Moses Boyd on drums and Nubya Garcia on saxophone, Theon takes center stage with his tuba.

The opening song “Activate” wastes little time to erupt in a frantic compulsion of energy with an up-tempo drumbeat coupled with Theon’s low register tuba. Theon’s tuba effortlessly interlock with the intricate drums patterns and changes in tempo laid down by Moses Boyd. Nubya Garcia’s Sax swirls around in the top register of the soundscape followed by Theon’s pounding tuba. Before you know it you will be tapping your feet uncontrollably for this is one highly addictive rhythm. “The Offering” shows the tuba is enough to keep you captivated playing along with a steady beat paired with some additional percussion. On “Radiation” they return to the infectious interplay between the drum work of Moses and Theon’s thumping tuba. In comparison to “Activate” there is more room for Theon to add some melody before ending with a ripping solo. On “Candace of Meroe” the band moves into Afro Funk territory with Artie Zaitz joining for some hypnotic guitar licks that converses with the heavy tuba to keep the song firmly grounded. The tight snare-drum driven rhythm soars just in between the rumbling tuba and the infectious melody provided by Garcia. “Panda Village” feels like a volcano slowly coming to life and working its way up to erupt. Every blow delivered by Theon further defies the volcano to bawl from within the deepest part of the earth. On one of the last songs Theon is accompanied by his brother Nathaniel on trombone. “CIYA” is by far the most laidback song of the bunch with its Soul Jazz groove and multiple layers of melody. This nicely balances the album and keeps things interesting. I love the production on this album which is really clear on all levels and doesn’t feel restricted by the idea to emphasize on the tuba solely but leaves enough room for theon to take center stage with his tuba throughout the album. It sounds if they had a lots of fun recording what Theon envisioned. A solid effort which puts a largely forgotten instrument back on the map.

If you enjoy this album, it is worth to discover what more the UK jazz scene has to offer. With an array of different influences London has become a stronghold for Jazz musicians. If you want to get some more information on the scene there is a great article written by the Guardian. If you want to go straight into listening to other acts within the scene I can highly recommend Trust In The Lifeforce Of The Deep Mystery by The Comet Is Coming, Dark Matter by Moses Boyd and We Are Send Here By History by Shabaka and the Ancestors.

4 thoughts on “Theon takes center stage with his tuba”