U.K. skanking all the way!

Having read many blogs and uncountable threads myself, it seems to me that Reggae made in the U.K. never gets the attention and appreciation it deserves. If you compare it to the attention that a small island in the Caribbean was able to garnish during its heyday up till now, you can safely say that the British Reggae scene has still some ground to make up for. Not that it’s at all a competition and there’s good reason that the music emanated from Jamaica was and still is getting so much attention. Thanks to the founders that spearheaded the Reggae revolution it became one of the most widespread and well known genres we know today. With this article I want to focus in particular on some Reggae albums produced in the U.K. that I feel deserve more attention.

Many Jamaicans relocated to the U.K. during and after its time as colonial ruler over the island, especially during the 70’s after the first festive and optimistic days as an independent nation were over. Many tried to escape the political motivated gang wars that erupted and the poverty that swept the Island. With them they brought the music they were used to listen to. The average Brit wasn’t oblivious to Reggae and there were already Jamaican artists enjoying crossover success in the U.K. from as early as the 60’s. The Rasta conscious music only rose to prominence later and remained an underground scene for much of the late 60’s and early 70’s. But with a growing number of Jamaicans relocating to the U.K. meant an interesting market for Jamaican music and soon everyone jumped on the opportunity. From record labels securing the rights to release Jamaican music to complete tours  in order to promote Reggae music and get a foothold in the U.K. Later generations grew up with the Reggae their parents listened to, but found it hard to relate to the topics concerning the island of the sun while they sat on the curbs in the blistering cold. Soon the Britain sound system culture began to take shape and the first bands started to appear fueled with the energy of a new generation and lyrics that spoke to their peers growing up in this part of the world. With that in mind, get ready for some U.K. skanking! 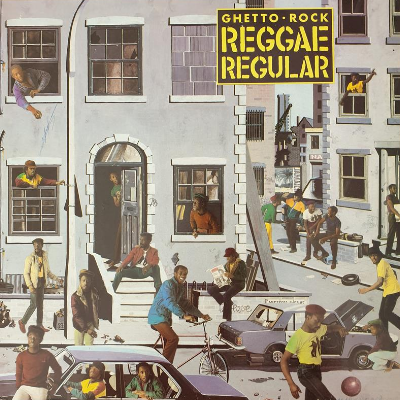 This band that was known under an array of different names throughout its lifetime. Reggae Regular, The Regulars, Rebel Regulars and The Regular Players. The band started out in 1976 as a seven piece outfit backing up local artists as well as visiting artist touring the U.K. With a shift in direction the band signed with Greensleeves and released multiple singles who soon stormed the Reggae charts. The group split-up after some issues while on tour and one part went on to create their second album as The Regulars while the other members focused on the then third official album named Ghetto Rock. In true 80’s fashion their third album features rock solid rhythms by the band while Mad Professor turns the nobs and adds some digital tricks making up for a distinct and fresh sound. 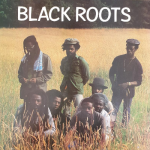 The second band on this list was formed in one of Britain’s Reggae strongholds Bristol, just about when the 70’s gave way to the 80’s. Dedicated to Roots music they blasted on the scene vouched for by legendary BBC Radio DJ John Peel. He played their debut on public radio and dubbed the band as one of the best newcomers on the scene. They toured Europe extensively before suddenly coming to a stop in the 90’s. Interest in the band was renewed after various reissue labels released some music from their back catalogue. This made the band members decide to record new material and they since have released three excellent albums. The debut album remains a highlight in my collection and often finds its way to my turntable. Just listen to the track “Opportunity” and you know why. 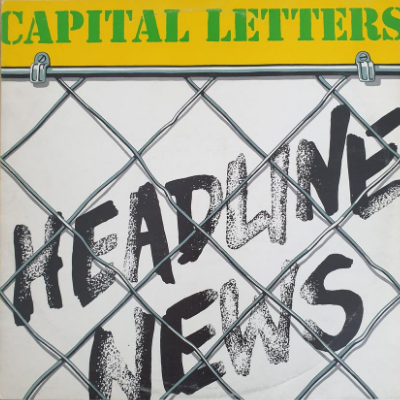 The seminal “Smoking My Ganja” sent shockwaves throughout the sound system scene in the U.K. back in the days. If you can resist to move your head back and forth on this bassline, I recommend you to see a doctor. With this absolute smash hit they earned a session at TMC studios to record their debut album which to me is definitely one of the highlights of U.K. Reggae to this day. I absolutely love their style on Headline News and in particular the super tight drum patterns throughout the album. Could the snare drum be any more tight? They released some tracks on this album as discomixes which are definitely worth tracking down with two bonus tracks “Natty Walk” and “U.K. Skanking”.  Similar to the Black Roots, Capital Letters also enjoyed something of a revival and released two new albums in 2015 with rave reviews. Check it out! 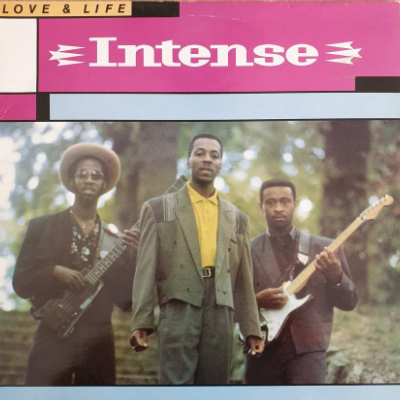 Different from the other entries in this list, Love & Life is firmly set in the Lovers Rock style. This new style gave counterweight to the often heavier themed Rastafarian music. Inspired by the likes of Alton Ellis and Ken Boothe,  Lovers Rock evoked the Rocksteady era in a sense that the lyrical content revolved predominantly around love. The music leaning more towards smooth Soul and it incoporated style elements of different genres such as R&B. Dennis Bovell and Mad Professor were the major forces behind this new sound which has many successful female exponents. It even became Pop culture briefly when Sade released her Lovers Rock tinged debut. She even gave one of her later albums the name Lovers Rock. I found this very obscure band when going through Mad Professors back catalogue. Normally I’m not too gravitated towards Lovers Rock finding it too sweet for my taste. Even though this album is sweeter than candy on a stick, the music and lyrics are so irresistible that even the most hardcore Roots fan will sing along in secrecy. 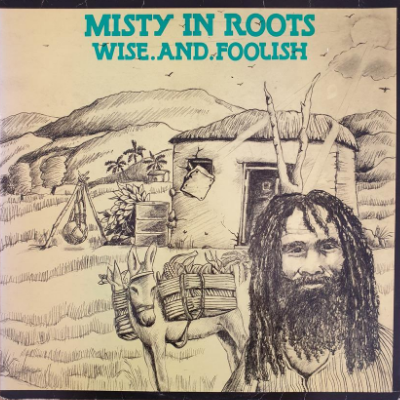 Misty In Roots – Wise and Foolish

Definitely U.K.’s most reverend Reggae live band. They toured extensively in Europe before recording their first record. Thus not surprisingly their first effort was a live album carrying the name Live At The Counter Eurovision. This album served as a counterpoint to the then mostly white dominated Euro song festival and an attempt to bring Reggae music to a wider audience. The album quickly made a name for itself and over time is often referred to as one of the best Reggae live albums. The second album was recorded in a studio, and apart from “Life Boat”, is a stunning piece of Roots Reggae. As with all their albums, it is richly orchestrated with a wide sonic soundscape and lots of instrumentation for the listener to take in. Even if Live At The Counter Eurovision definitely takes the crown, their subsequent releases for People Unite are all excellent exponents of UK Reggae.

This article wouldn’t be complete without some Dub contenders. With luminaries like Dennis Bovell, Mad Professor, Adrian Sherwood and Prince Fatty, there is more than enough to choose from. The offerings ranges from vintage analogue Dub to experimental electronic Dub and everything in between. Blackbeard is one of the names Dennis Bovell takes on when heading one of his Dub projects. On I Wah Dub he masterfully breaks down 8 tracks and goes berserk with all that Abbey Road studio has to offer in terms of sound effects. You are treated on a swirling mix of reverb, echo and all kinds of tape manipulation while the bass keeps pounding away into all corners of the universe.  Heavy stuff! 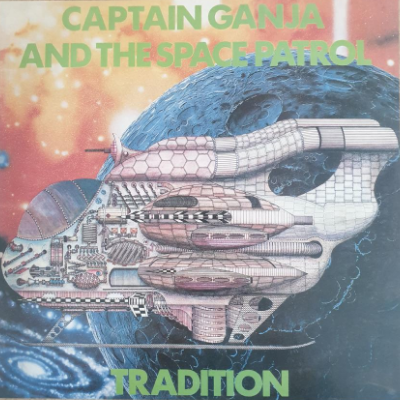 Just on the name itself this album deserves a spot on this list. I came to know Tradition as one of the few all male outfits that made a name for itself during the Lovers Rock era. Their standard (non-Dub) albums are quite okay but never made a real impact on me. But then Captain Ganja and The Space Control comes around the corner and it just blew my out of the water. Just the opening track alone shoots you straight into orbit. The music is carefully layered with lots of horns, thick bass, wicked guitar riffs, splendid keyboard arrangements and just the right amount of spacey sound effects. Yet, it still manages to sound coherent throughout. The excellent vocals shine bright through the mix before being disintegrated into a vortex of sound effects. This obscure album never had a proper reissue before 2017 and original copies in decent condition may cost you up till 400 euro… You can imagine my enthusiasm when Bokeh Versions announced to reissue this marvelous Dub adventure on vinyl.

I left out some brilliant records by the likes of Delroy Washington or the adventurous outings of the On-U Sound label. You can look at this list as an entry into what the U.K. Reggae scene has to offer.

Still hungry for more? Check out one of my previous articles on record labels worth following for some modern day examples of Reggae produced outside Jamaica. Enjoy the playlist!