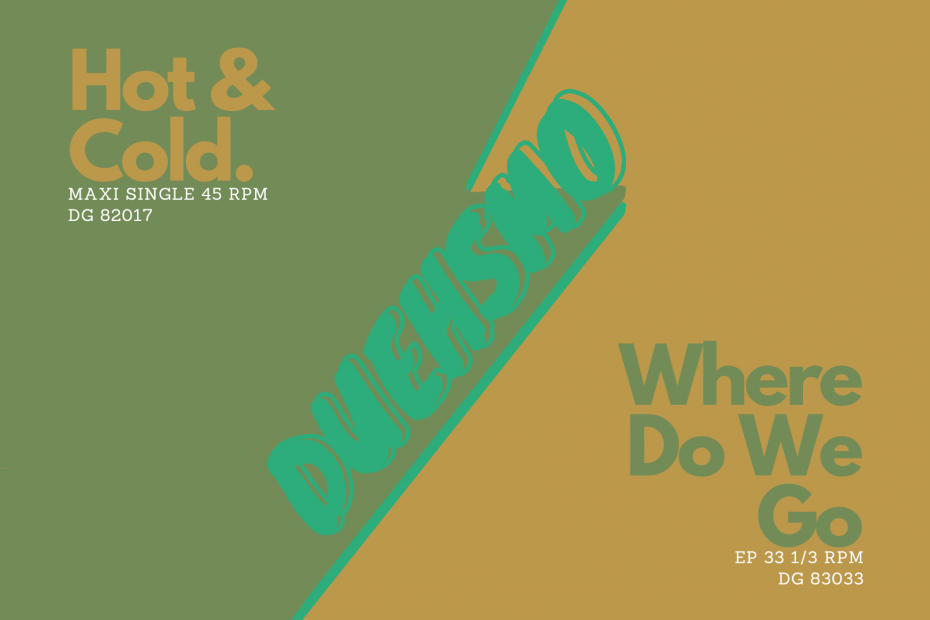 With just a couple of hours on the clock before I had to be back home, I finally managed to visit one of my favorite records shops in town. It feels like ages ago, as most music I buy these days are done with a few swipes and taps on a 6.5 inch screen. Great if you want to be efficient, but there are few things in life besides family and friends for me that beat a well stacked second hand record shop and the time to flick through some of the bins in hope of staggering on some black gold. 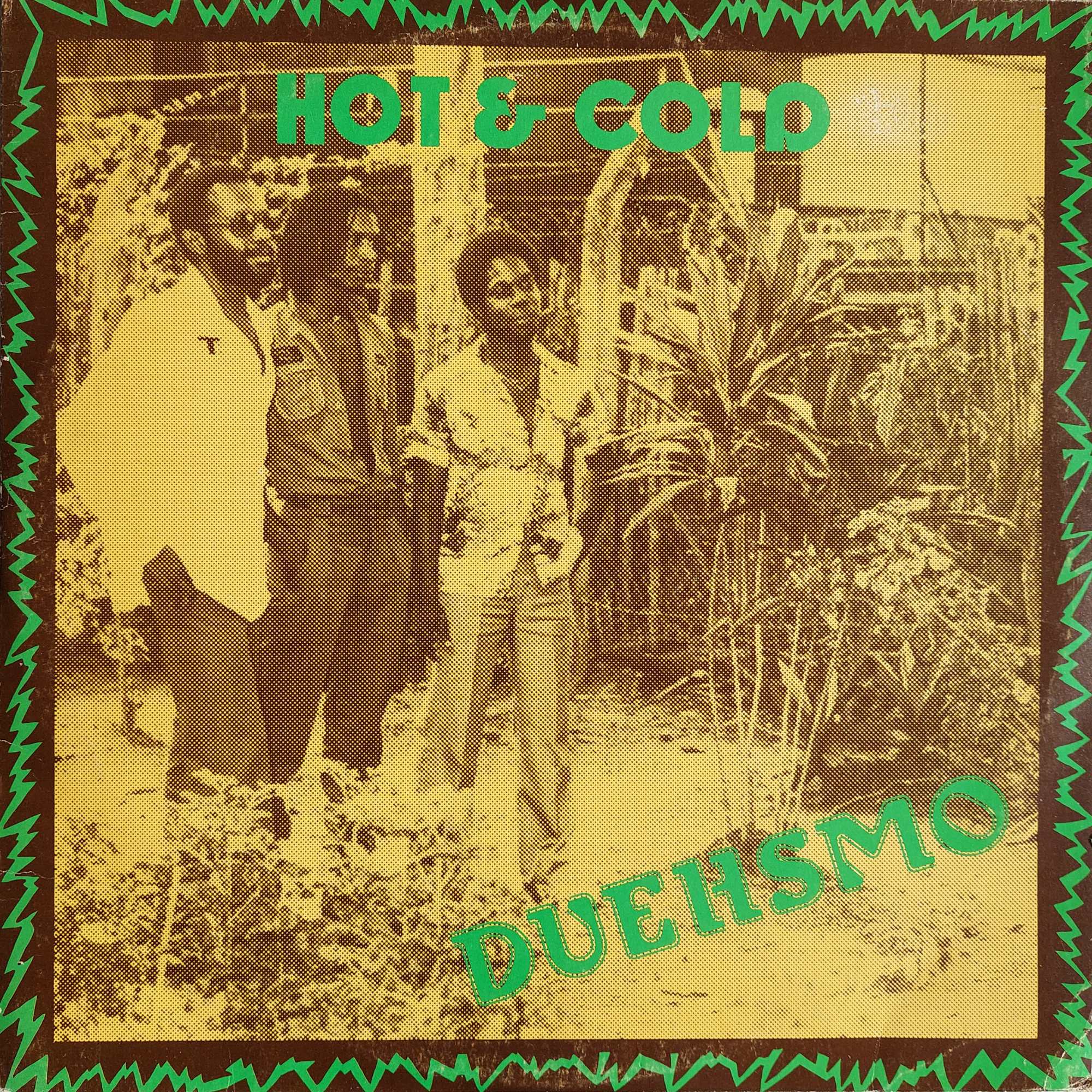 Going through the new arrival second hand bin, I was presented with the opportunity to complete my EP collection of a little known band from Suriname going under the name Duehsmo. Seeing that they only released two EP’s in their lifespan, this on it self is nothing extraordinary if it wasn’t for the fact that these EP’s are very rare and hard to come by. Luckily, this time around rare didn’t translate into expensive especially compared to the Duehsmo EP Hot & Cold I already had in my collection or prices on the internet. Duehsmo is referred to by multiple sources as a Reggae affiliated band, but their style is actually an amalgamation of the many music influences found throughout Guyana, Suriname and Brazil at the time. The A side of Duehsmo’s first EP named Hot & Cold is a spectacular affair of psychedelic soul while the B side offers two slices of haunting Reggae like I have never heard before. The orthodox approach of their sound, unpolished and unconventional, together with the fact that even among Reggae devotees the band is seldom heard of made it irresistible for me. 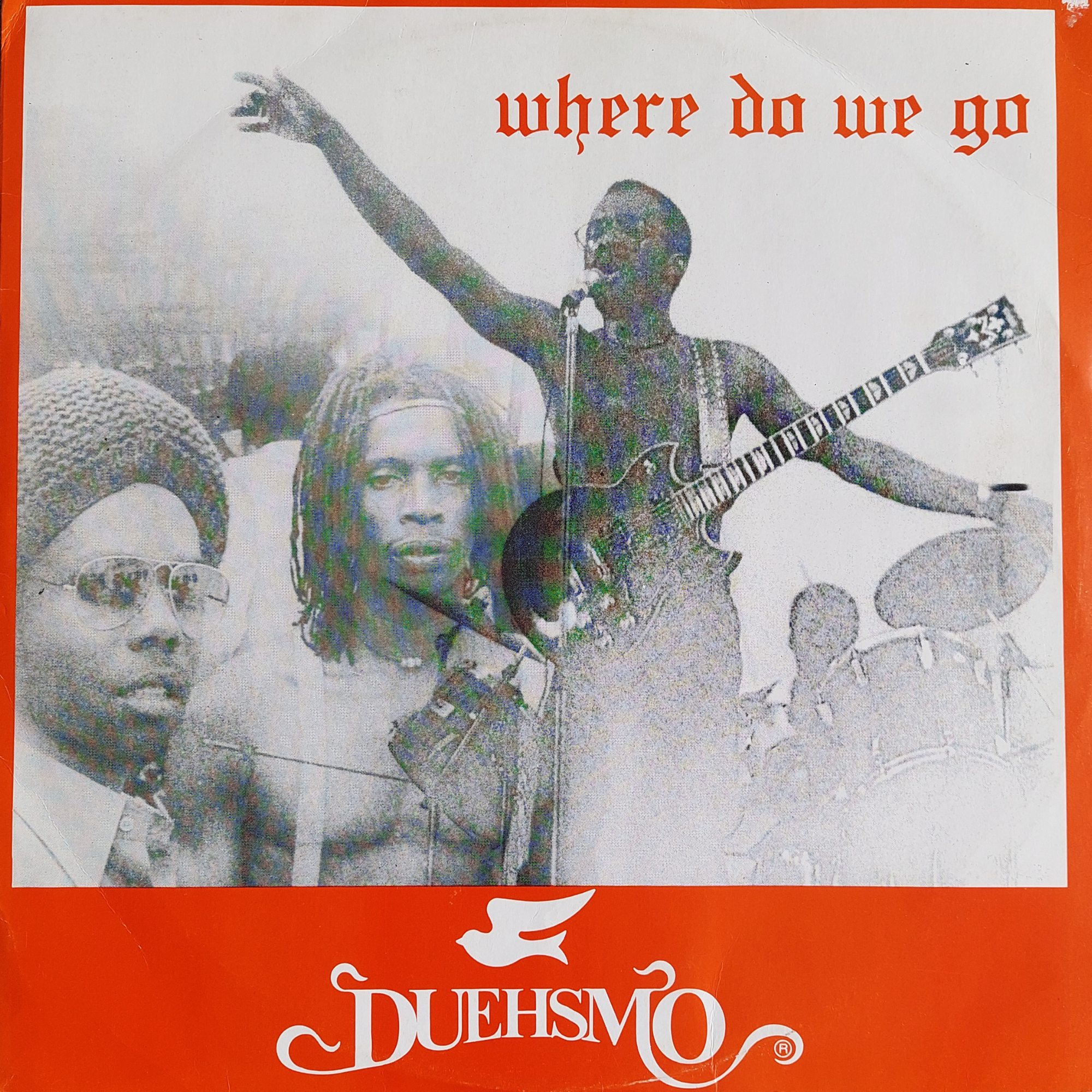 There is almost nothing to be found about Duehsmo on the internet, except for a brief description on the career of lead singer Ricky Husbands. His voice briefly reminded me of Norman Grant of the legendary roots formation Twinkle Brothers on the closing track of their second EP Where Do We Go. The second track “Have You Had Enough” is a total misfire for me, but “Civilization Is Just A Word”, “Where Do We Go” and the beforementioned “Jah Na Sleep” make up for a excellent follow-up to the Hot & Cold EP. Both EP’s are private pressings on the privately owned Doglau label which alone made it hard to come by even if you were around in 1982-1983, let alone in this day and age. There’s also no way for me to share with you the music on these discs like I normally do as it is nowhere to be found digitally, so you have to actually purchase them to have a go. Maybe that’s also the charm of chasing after these rare vinyls to begin with. Perhaps in the future some of these tracks will be featured on a compilation album of one of the many excellent reissue labels as a deep dive into Suriname’s musical history and widely available for the first time. I sure hope so as their music deserves to be heard. For more music from Suriname – which you can actually listen to – check-out my review of The Falling Stones 1970’s debut album.