It’s not all about Vinyl Part 2 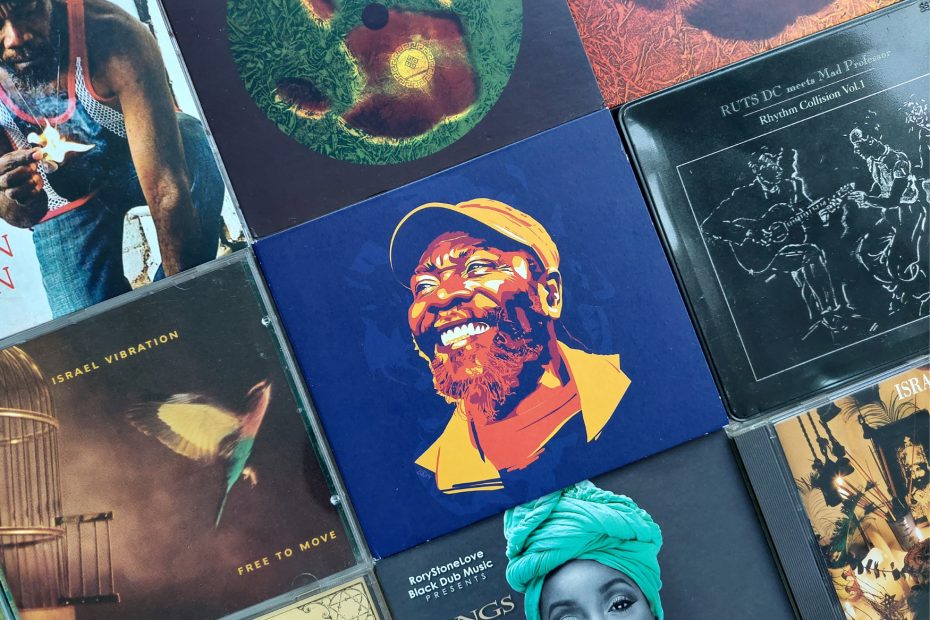 In contrast to most people who are selling their CD’s and switching to audio streamers, I find myself doing the exact opposite. I was at my local audio specialist shop a few weeks ago chatting with one of the staff members after bringing down my turntable for service. Knowing I bought a CD player there as well, he mentioned that there aren’t a lot of manufacturers left producing CD players. So we could look at the next dying breed here. All the more reason to keep on to your CD collection and soon to be vintage CD players. With my turn table gone for a few days, I managed to get hold of some excellent titles on CD which all sound fantastic and will definitely have me coming back for more. 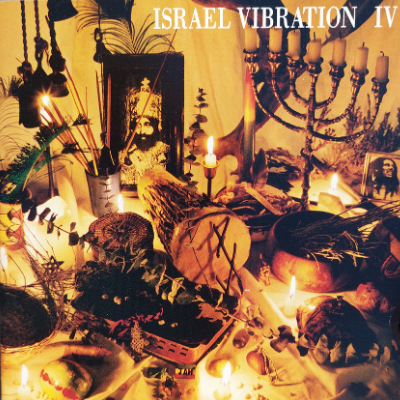 Israel Vibration must be one of the most enduring and loved Roots Reggae formations of their time and they still enjoy tremendous respect everywhere they go. The story on how this group came together to overcome the trials and tribulations on their path basically writes itself. All three members were victim of the horrible Polio epidemic that hit Jamaica during the 40’s and 50’s and claimed thousands of deaths leaving many others crippled. Growing up in poverty and suffering from Polio from a young age diminished their changes at a normal life let alone a career in Jamaica’s hostile record industry. Albert “Apple” Graig,  Cecil “Skelly” Spence and Lacelle “Wiss” Bulgin crosses paths for the first time at a rehabilitation center for the poor. After being expelled from the rehabilitation center for their Rastafarian beliefs, they literally sang from meal to meal, honing their skills before locals began to recognize their talent. This soon resulted in releasing their first single “Why Worry”. The story has been well documented by multiple sources so no need for 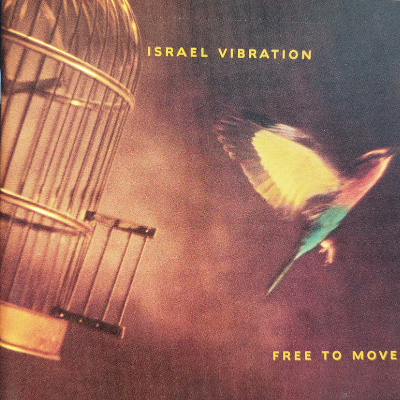 me to further elaborate, but I do like to help spread the story of this amazing group. Their debut album “The Same Song” reached cult status, but looking at their whole career it looks like they were incapable of releasing a middle-of-the-road album. After their initial success, they moved to RAS records with whom they stayed for much of their career releasing a string of outstanding records. With RAS records they experimented with their sound and both albums are exemplary for taking charge of their artistic freedom. Listeners familiar with the 70’s sound of the Vibes might be caught by surprise as I.V. moves up and down the ladder from Rock N’ Roll, R&B to Ska with ease, all the while keeping its cool. All the tracks have a fresh take on the distinct sound that has come to stand synonymous with Israel Vibration rocketing them well into the 90’s as one of the few old-timers to be reckoned with. Free To Move as the title suggests, picks up where I.V. left off, bridging the old and new with some rock solid rhythms provided by the Roots Radics who the Vibes relied on as their studio band since the release of Strength Of My Life. 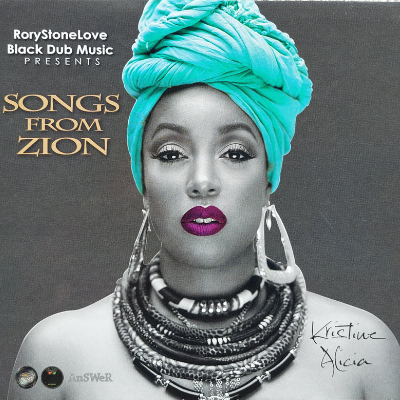 While Samory I hit the scene like an earthquake with his seminal release of “Rasta Nuh Gangsta” there was another talented singer working in the shadows. In the hands of producer Rory “Stone Love” Gilligan, Kristine took on some of the heavy rhythms that have helped the Black Dub label to hit the ground running. She more than holds her one, not only succeeding to tower above the thundering rhythms with her marvelous voice but to bask in it. Not every song comes in as hard, but there are enough highlights that make this set worth having and enough to discover once you give it some room to grow. Some of the highlights for me are Key Lock, Come Home Natty and the throwback riddim on Roll It. 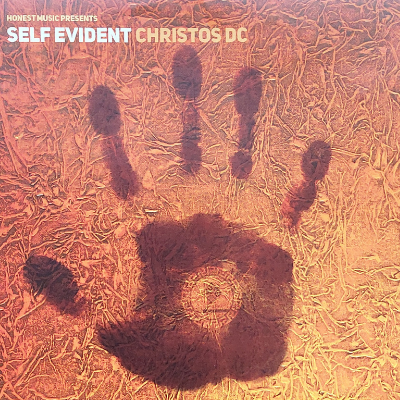 It took some time before I could consider  Self Evident to be a part of my CD collection. The wait was more than worth it. It sounds amazing on my stereo set as I came to expect after listening to his previous releases on CD. On Self Evident, Christos leaves even more room for self-interpretation as the subject matters are more philosophical in nature making the lyrics harder to pin down. This is also the beauty of the album, as with every listen you will be able to discover a new perspective on matters of the heart and mind. As for a title, he couldn’t have picked a better one to describe the overall feeling when listening to the album. The music emanates a warm soothing quality and progresses fluidly from one track to the other before you are going to want to press repeat. It’s when you fully give in to the journey that the clever ways and subtleties in the music stand-out and reveal the true complexity of some of the rhythms. Again a true masterpiece of modern Roots Reggae of the man hailing from Washington D.C.

Once member of the Roots Reggae formation The Gladiators, Clinton Fearon decided to go solo in 1987 leaving the group who he was part of for well over 10 years. Clinton embarked on a mission to find his own sound and with the help of some local talent formed the Boogie Brown Band. Trying to add different elements rather than taking away from what shaped him as a musician, he delivers some of the life’s lessons he picked up along the way. The eclectic mix draws inspiration from Folk, Bluegrass, Swamp Blues to R&B and first stood out to me with the release of Vision. This album together with Mi Deh Ah and Goodness are pure magic and can be seen as reaching full fruition after an already impressive recording career. Songwriting and arranging has always been one of his strong suites and only seemed to have aged for the better like a strong ale after his decision to leave The Gladiators. Playing Bass, Guitar and Percussion next to writing and composing each and every song on both albums, he sets himself apart in this modern day and age.

“Comin’ from the country with my little guitar, I find myself between a rock and a hard place”. 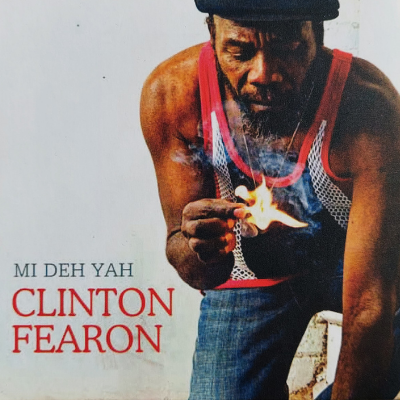 “Rock and a Hard Place” tells the story of a young Clinton moving from the country side to Jamaica’s capital to pursue his dream of becoming a musician. Like many before and after him, he discovered the hardship of earning a living as a musician. It takes sheer determination, countless sacrifices and above all a deep love for music. This is something that you can feel listening to Mi Deh Yah. Clinton has become synonymous with wrapping a serious message with a catchy melody and holding it in place with some heavy vibrations. Something he has been crafting to perfection for many years. After some lessons about the sometimes hard reality of life, Clinton lightens the mood with the swinging “De Casa” taking you to along some of the places he calls his home away from home. “Focus” is a welcome half-way treat, were the band can show what it is capable of without any restrictions before they bring it home on the second half of the disc with tracks like the stunning “Are You Ready” or “Tell The World“. A natural high for a cloudy day. 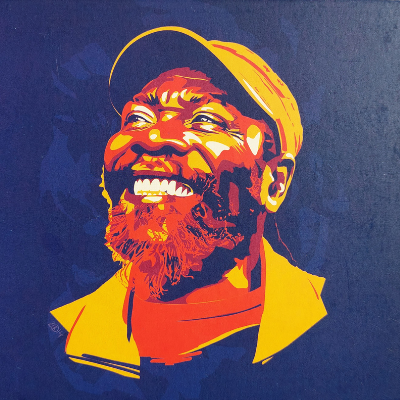 Reject Badness, Inject Goodness, Begin Happiness couldn’t have come from anyone else than Clinton Fearon. Goodness as the title and cover suggest radiates positivity, but does have a serious undercurrent both in the sound and its message. This is most evident in opening track “Blame Game” which tells us to rather look at ourselves than pointing a finger at someone else and “The Hunter” that in many ways is a warning for the human race picking this earth clean to the point we have nothing left to survive. Luckily there are also some uplifting messages to be heard such as the energetic “Come By Yah”, the merry “Talk With A Friend” or strolling along the beach with “Galang” turning every frown upside down. These are just a few random picks, but I could just as well have named all of them. This album never lets down, not only in terms of the songs presented but also the crisp and detailed sound.

If you are not yet a fan of Clinton Fearon you will become after listening to his music, I’m sure of it. If you already familiar with it and thinking about buying his music, please consider buying via his own website so that all profits are going to the creators of this wonderful music directly. 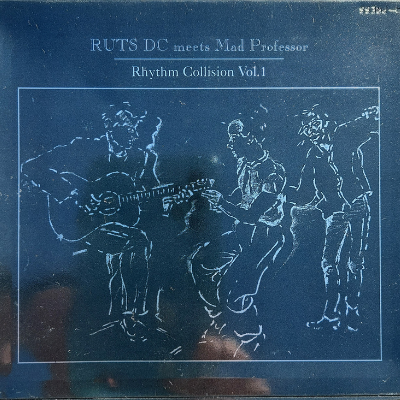 I came across this CD when I was visiting a local record store which I haven’t been to in over a year. Crazy to think about it since I used to live just across the street and would visit this record store almost on a weekly basis. I came across a black tin CD case working my way through the Reggae and Dub CD section. Only after reading the title, I got a faint hint of what I could expect as I had heard it somewhere before. This cross-breed between Punk and Dub was one of Mad Professor’s first major projects after opening his Ariwa Sounds studio at Peckham, London in 1982. Like everything Mad Professor touches, it is brilliantly mixed. It being one of the first records asked to mix outside the Reggae genre, feels like he gave it is absolute best still trying to prove himself. Armed with a bag full of aural trickery every track gets the attention it deserves. The record secured his path to not only come on top as one of Reggae’s most respected Dub producers, but also venturing beyond the realms of traditional Reggae and Dub. Subsequently he worked with artists like Sade, Beastie Boys, Jamiroquai, Depeche Mode and Massive Attack. Next to the Dub mixes you are also rewarded with some extended 12 inch vocal mixes as a bonus. No stand-out tracks just a psychedelic trip through UK’s underground Reggae meets Punk scene.