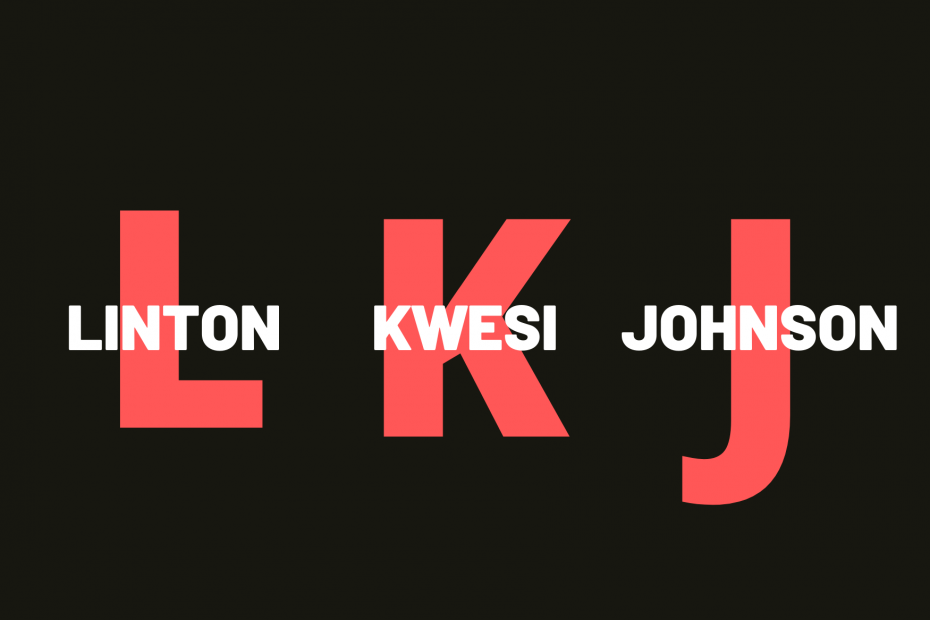 The best thing about writing something for an audience, no matter its size, is if you are able to catch your own genuine enthusiasm in the act and put it into words. More and more I’m getting a better understanding of how hard this actually is. Some of the articles I write take quite a bit of time. Doing proper research, really listening to what the music is telling me and transforming it into something that in the end is interesting to read. On some articles, I like to think I’m close to actually offering a genuine look into my enthusiasm for music and hopefully that spark catches on.

On this occasion it was Dub poet Linton Kwesi Johnson who caused that spark to catch a fire and inspired me to write this post. Recently I bought a double CD covering the work LKJ had created during his time with Island Records. I owned a copy of LKJ In Dub for years and listened to Forces Of Victory and Bass Culture countless times, but somehow I never got to listening to his final album for Island named Making History. Listening to the CD I was greeted with those exquisite bass heavy rhythms that were tailor made for the baritone spoken word delivery of LKJ. Sonny’s Lettah (Anti-Sus Poem) still gives me goosebumps whenever I listen to it. After listening to his two first albums on the compilation, including bonus tracks and extended mixes, I was absolutely stunned by the last instalment on this collection.

Making History is more than just a single idea or concept, but an accumulation of everything LKJ experienced during his life as an activist sharpening his knowledge and thoughts before letting pen meet paper. For those who don’t know, LKJ is a poet and activist first and foremost before he started recording some of his poems. After recording his first three critically acclaimed albums, he took a hiatus from recording to focus on bringing his work to the people in person. In this approximately four year period, LKJ extensively toured the UK, Europe and other parts of the world, performing with or without a band on countless universities, festivals, fairs and readings. His contribution to the black liberation movement as such can’t be described in just a few words as he touches the lives of literally hundreds of thousands listeners and readers around the world with his music, books and his favorite art form, poetry. Making History is a sharp commentary on the social, economical and political developments happening in Britain and the world at large at the time. He painstakingly points out some of the wrongs he has seen happening to the oppressed and downtrodden. LKJ vividly paints a picture with words accompanied by The Dub Band under the guidance of Dennis Bovell. The musical arrangement incorporates different styles from diaspora around the world breaking from the more traditional Reggae approach of his earlier work, without losing its sonic identity. The Dub Band has never sounded so sure and free at the same time, incorporating these influences like if they have done nothing else all their lives.

This is the first time that Making History, originally released in 1984, has properly been remastered. This has been done at the legendary Abbey Road studio by master engineer Geoff Pesche and released on yellow Vinyl for this years’s RSD. LKJ sounds deep and forceful, as if attending one of his live perfomances, while the music is spectacularly crisp and clean. Highly recommended!