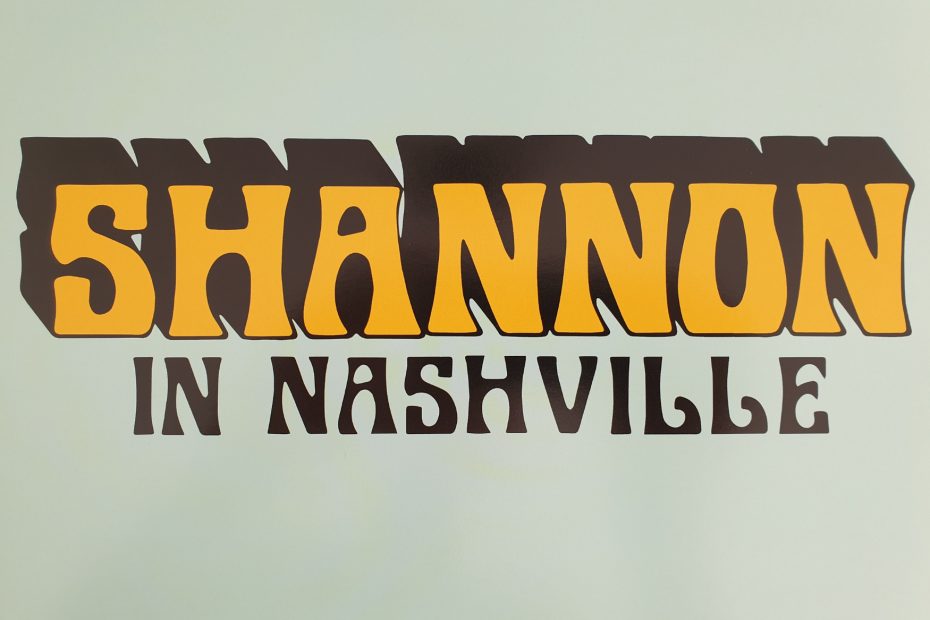 It is a beautiful day today. Waking up after a good night of sleep, opening the door to let in a breeze of fresh air as the first rays of sunlight warmed up my feet. A perfect day for me to write something about Shannon in Nashville, an album that I have played non-stop over the last two weeks. It is not an extensive review, which has nothing to do with the lack of inspiration but more with time management lately.

Some albums need time to grow on you before you can fully appreciate them whereas others have an instant likeability about them. Shannon in Nashville falls within the latter category and this feeling only grew stronger after repeatedly playing the album over the last two weeks. A friend of mine texted me a while back. “There’s a new album out by CeeLo Green produced by Dan Auerbach”, knowing I was a fan of Dan Auerbach’s work as a musician and producer. Dan for instance produced one my favorite albums of 2019 Walk Through Fire by Yola next to his own work with The Black Keys. The album by CeeLo Green didn’t really made an impression on me, so instead I selected a few other albums on the Easy Eye Sound label to listen and Shannon immediately stood out.

The lead singer of Shannon and the Clams, a post Punk band which blends elements of Doo-Wop, Garage Psych and Surf into a highly intoxicating cocktail which packs quite a punch, sets out for the first time to record without the assistance of her bandmates. Dan creates a rich and full sound with lots of instrumentation instead of the striped back production on most of Shannon’s work with the clams. The result is stunning as Shannon easily holds her own towering above the band at times as Etta James could in the old days. The crystal clear production enables each and every instrument to be felt by the listener without compromising the homely and mellow mood of most of the album. There is a lot to be discovered as the albums move from spirituous 60’s Soul to Pop novelty and back to camp fire blues but surprisingly feels as one body of work. Dan’s fingerprints are all over the album as all the different song structures throughout the album share that unmistakable sound found on every Easy Eye Sound release.

Dan Auerbach also produced the new album by Shannon and the Clams named Onion which is certainly worth checking out as well.

2 thoughts on “Shannon in Nashville”