The Volcanos cool things down 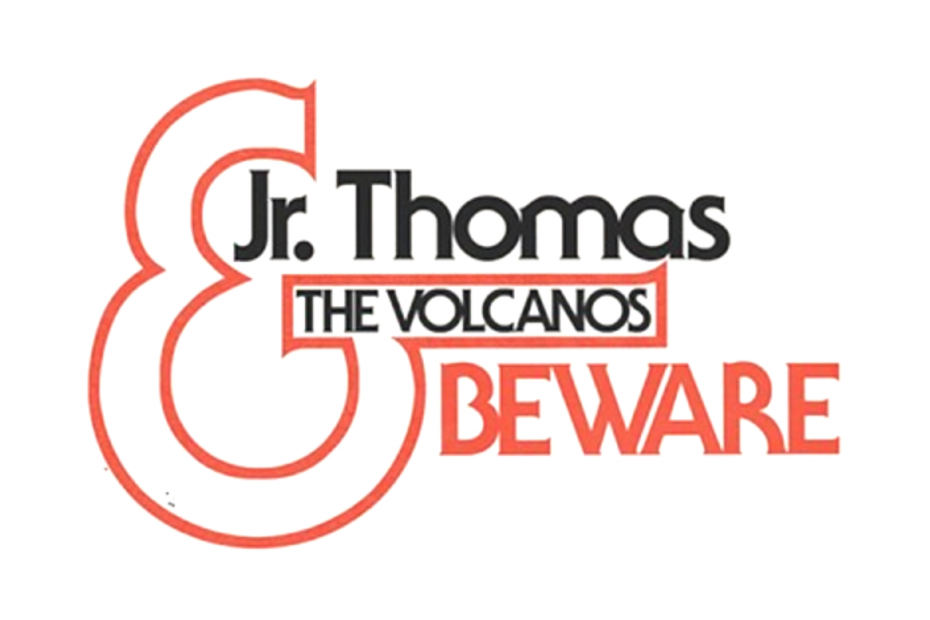 Just like any other industry, the music industry is sometimes caught in the middle of a hype. In 2010 you couldn’t read a music blog or magazine without coming across at least one of today’s more authentic Soul albums. It was literally everywhere. Not that they appeared out of nothing. This type of music never went away but all of a sudden it was being noticed agian and found its way to the mainstream audience. Timmion Records and Daptone Records were among the labels that led the pack and still are going strong. Both started life around the year of 2000 (Daptone even earlier if you take its predecessor Desco Records in account), but there are far more smaller independent labels putting out great authentic Soul music for those who put in a little effort. In the wake of this Soul revival, which thrived on a newfound appreciation of craftsmanship and authenticity as the producers recorded mostly on analogue equipment with a real studio band like in the old days, there was more room for music like it and other genres soon followed suit. Sounds resonating from the shores of Cuba to the bustling streets of Kingston, everyone seems to be able to tap into this newfound appreciating for authentic music. So once more you could also enjoy the sweet sound of Rocksteady being played by bands of a newer generation. Two of the albums that I particularly loved was Nothing More To Say by the The Frigthnrs which I included in the first article that I ever published and Beware by Jr. Thomas and The Volcanos. The latter, I haven’t written about before, so while I was enjoying some free days this week I took the opportunity and started writing.

The album opens with “Get A Hold Of You”, introducing you to the sluggish and fat bassline doubled by the signature plucking of the lead guitar, a combination that you find on many classics of the genre. Thomas emotive singing makes way for a bittersweet feeling in conjunction with the music when he tells about going through rough times.

“More Than Memories” has the power to transport you back in time, to a moment you have fond memories of. Interplay between the piano and the guitar, taking turns in finishing the melody, make the chorus irresistible so that you have to have a heart of stone not to fall for it. The drums are reduced to just keeping pace only surfacing to finish the purely instrumental chorus with a delicate drum roll and a stroke of the cymbals. Wood blocks finish things off with adding more depth in the quieter parts.

The forward driving “Love Remedy” kicks things up a notch with its swirling organ and punchy horn salvo during the opening. Paying homage to a time when Rocksteady evolved into early Reggae and the instrumental B side of a single was starting to get more attention than the vocal track on the A side.

Another scorcher follows with “Stop”. The organ hook could have come from Jackie Mittoo himself if it was created some 43 years earlier and is a real treat to listen too. The music portrays a serious message in not living your life in the fast lane and take time to enjoy each and every moment.

The title track “Beware” is a straight forward Rocksteady shuffle with all the elements you need to gently swing from left to right and mumble along with the harmonies. The piano adds a bit of blues towards the end, giving the song a cozy feeling.

Listening to Jr. Thomas and the Volcanos, even a sad message always seems to have a silver lining, if not in the lyrics than the music is able to lift you up. “Breaking Up” is definitely a fine example for this. The reason for this uplifting feeling is the organ, which is playing mostly major chords while Reggae is often played in minor chords to put the emphasis on the seriousness of the message. This coupled with the harmonies that follow along those lines and you instantly feel 10 pounds lighter.

“Embraceable” is clearly Reggae territory with the bubble technique on the keys, big horns and a rockers drumming pattern. They music is arranged so that it gradually builds up to the climax where Thomas gives everything he got with a stellar perfomance. There are still traces of Rocksteady in the way the lead guitar is played but other than that it offers a nice break.

Up next is “Burning Fire” which evokes the soulful sounds coming from Studio One. Open your doors and picture yourself sitting on the porch of a beach house letting in the easy breeze of the Rocksteady beat. Although Treasure Isle Recording Studio was the premiere studio during those two short years (1966 -1968) when Rocksteady was the dominate style, Studio One also released a string of Rocksteady hits during this period.

The rhythm track of “Terrorize It” could as well have been used as musical arrangement for one of the biggest Rocksteady hits sung by The Ethiopians “Everything Crash” and is just as addictive. The funky Reggae groove will instantly put a smile on your face as you snap your fingers everytime a rimshot is fired.

“Bumps In The Night” is a slice of troubadour Reggae, a serenade to those feverish warm summer nights dancing your troubles away. This time abandoning the plucking of the guitar, favoring some Spanish guitar chords for an overall sultry ambience.

Following the two previous dancefloor friendly tracks, we find the slower paced “Shelter” talking about finding solace in a higher power. As with some other tracks on the album, it borders close to Reggae all the while keeping some Rocksteady style elements that naturally coalesce into each other.

“Promises” is a welcome return to the full-on Rocksteady beat, played by a band eager to draw a crowd and show what it is all about. After leaving the dancefloor to take a few minutes to recover, you are pulled back by the powerful groove and the organ shuffle to move your feet once again.

Things slow down once again for a last romantic dance before the night ends. “Color Me Blue” stays true to the examples set by Rocksteady vocal trio’s who went before such as The Heptones and The Paragons. A perfect bedding for a slow dance under a starry night.

The Volcanos close the album in fine style with one of my favorite cuts. “Dreaming” sounds like if they had set foot in the Black Ark with The Upsetter at the heights of his creative power. The Low-fi approach and heavy use of reverb slow things down even further with an eruption of sound effects that shoot puffs of purple and green smoke into the stratosphere.

With our planet gradually warming up there is even be more reason to cool down the pace. Exactly what made Rocksteady so popular in it’s heyday, after the streets of Jamaica were getting too hot. Jr. Thomas and the Volcanos don’t just pay tribute to this style but breathe new life into it and by doing so hopefully inspire a whole new generation to appreciate Rocksteady once again.