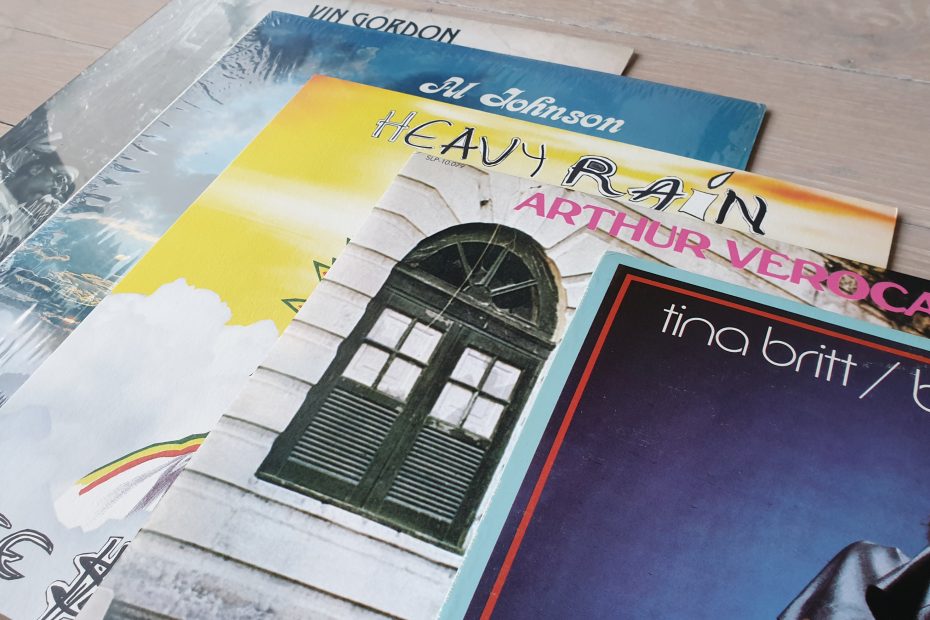 It’s time for another period review looking back at some music I played non-stop during the last couple of months. Get ready for some heavy rhythms, hypnotic vibes and Latin exotica! 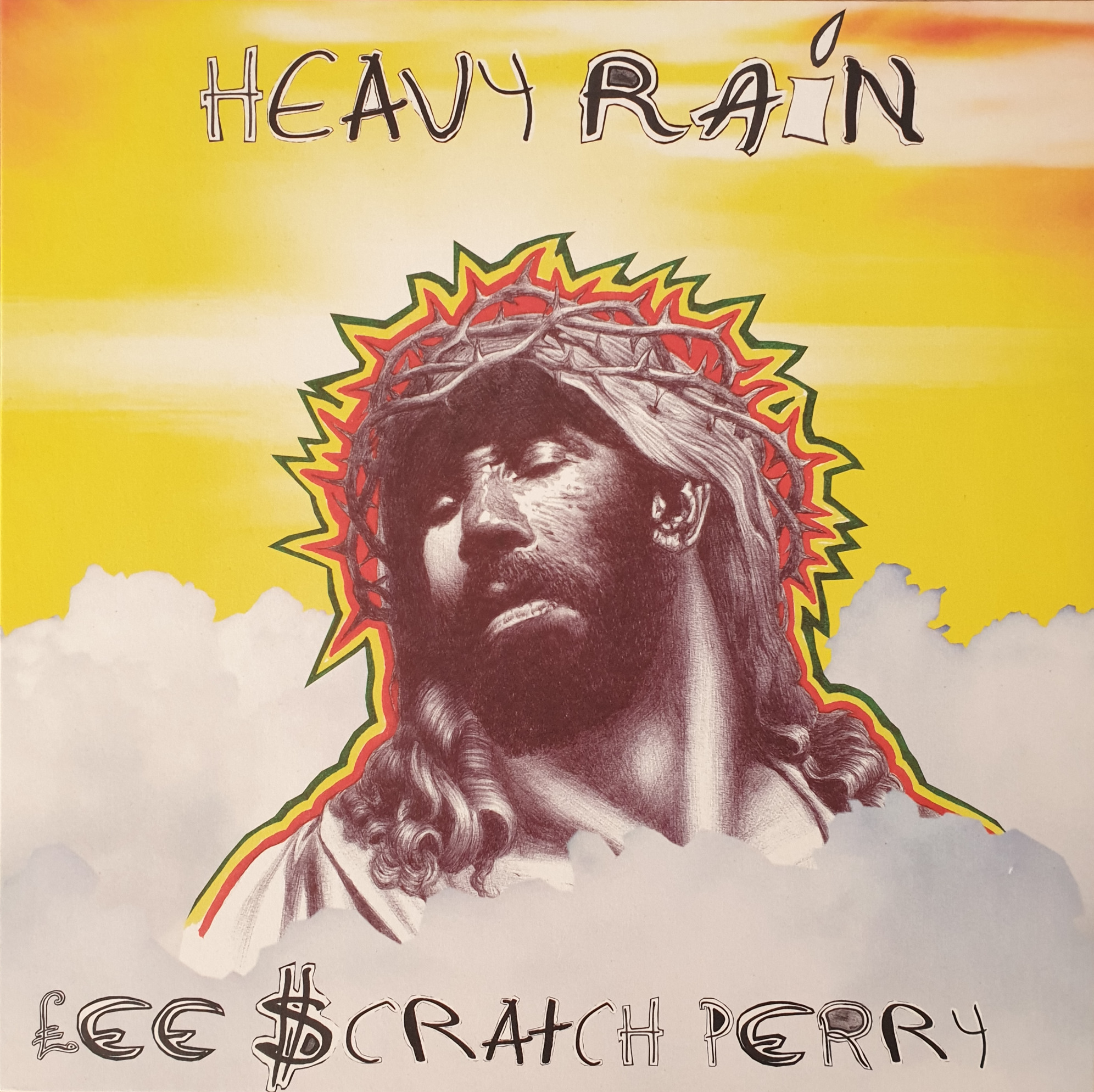 As you may have read in between the lines, I’m a huge fan of £ee “$cratch” Perry. So upon hearing he would release a new album with longtime friend and collaborator Adrian Sherwood I was filled with anticipation. Rainford Hugh Perry as he was originally born is a rather eccentric character who started out as a record plugger for Studio One before establishing himself as a producer for that same studio. After some arguments mainly about money, which was a common issue between label owners and artists at that time, he decided to leave Studio One. Roaming the island and working at different studio’s on the island recording his own material, he opened his famous Black Ark in 1973.

Still making music at 84 years old, Lee Perry is an enigma traveling between realms of fact and fiction as he enchants everyone with his musical rod of correction. He is surrounded by so many strange and fantastic stories and the best part is, he leaves everyone in the dark on whether these stories actually hold any truth. To some he is just a nutcase, but I see a man with the boundless imagination of a child and indeed a bag full of quirks. I’m a feverish collector of the pre-ark and ark period running roughly from 1970 till 1977 after which he supposedly burnt down the Black Ark. Quality declined after reaching his creative peak in 1977 and bootleggers made use of his name to sell bogus material sometimes not even recorded by Lee Perry himself. Even though quality declined – which in some cases is just a matter of taste – Lee Perry always released a steady stream of new music and kept experimenting together with a host of other artists. Among those latter recordings you are able to find some stunning examples of his sonic signature.

Halfway 2019 Lee Perry dropped a set of brand new material simply named Rainford. I truly enjoyed the new set and before the year was over he came out with the dub counterpart Heavy Rain. Adrian Sherwood breaks down the original tracks and builds them up piece by piece with the help of Brian Eno, Vin Gordon and some other exceptional musicians. Heavy Rain feels like you’re actually setting foot in Lee Perry’s fantasy world and I feel perfectly at home.

This album deserves to be played on high volume with a good headset or an exceptional HiFi set to fully appreciate the sonic wizardry.

This exceptional album is what I consider being the spoils of war after years and years of reading, digging and stabbing at the immense world of music. Looking back I absolutely have no idea what triggered me to listen to this album but whatever the case I’m thankful that I did. Yma Sumac who’s real name is Zoila Augusta Emperartriz Chavarri del Castillo – try to say that fast 5 times over – made it to fame interpreting traditional material with her extraordinaire voice that includes 4 octaves. Born in Peru, Yma and her husband decided to move to America in 1946 where they recorded some Hollywood versions of South American traditional songs which gained legendary status. Next to more traditional records the pair also took a crack at the charts by releasing more pop orientated music like on the exotica styled Mambo! The music is flamboyant, playful and compelling with a zest of red pepper provided by the horn section. Although the rhythmic drive of the music is a real draw, Yma’s inimitable soprano is the real treat here. Grumbling at times and flying high well above the support of the band in others. Mambo is an uncensored masterclass of Latin Exotica. 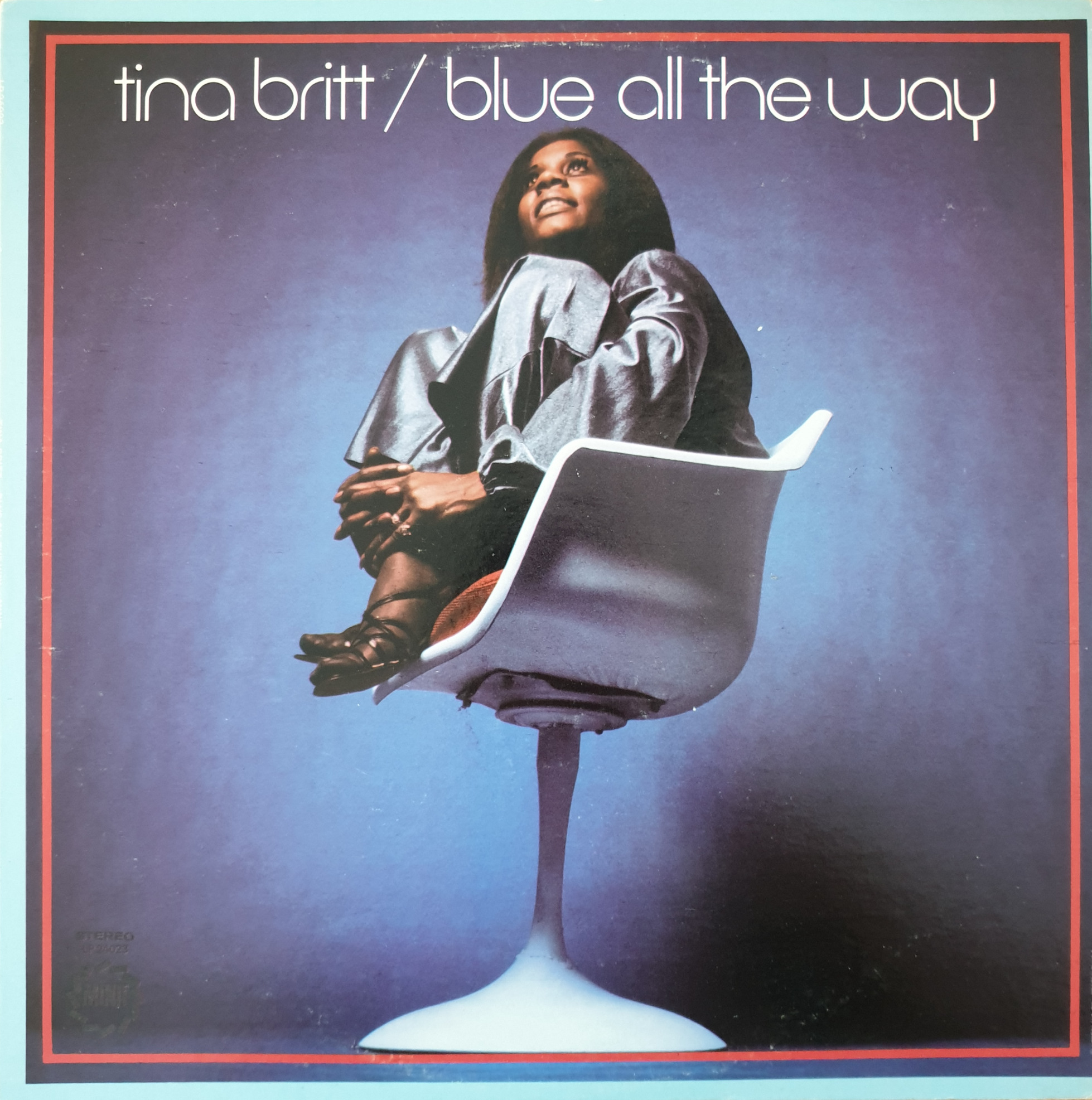 Tina Britt – Blue All The Way

I actually came across this album when I was doing some research on JonnyGo Figure who I wrote about in my first period review. Dust and Grooves has some really interesting interviews with vinyl collectors who take you through some of their favorite albums in their collection. Tina Britt happens to be such a favorite and now it sits proudly among my collection as well. Tina Britt enjoyed some success in the R&B charts during the 60’s. She released 6 singles of which 2 became minor hits. She recorded for multiple labels after which she released her debut album on Minit Records. The album never brought the success she was hoping for and by the end of the 60’s she decided to leave the music business. The music on this album is stellar and each song is given a scorching vocal performance by Tina Britt. Just listen to sincere rendition of “I Love You More Than You’ll Ever Know” or the bone rattling “Sookie Sookie”. This is just one of these albums that, based on the music alone, should at least yielded two hits and is waiting to be rediscovered. Get yourself some blues all the way!

Tip for the vinyl collectors among us, the original All Disc Pressing sounds remarkably well for an album this old!

In an earlier post I mentioned something about my garden which a while ago looked like a barren piece of land. Now that we have completely renewed it, I’ve been enjoying being outside a lot especially with the whole COVID-19 situation. This album has been a constant factor when sitting outside in the afternoon watching the sun slowly go under. Arthur Verocai wasn’t particular successful when he came out with this album. He was mostly working as arranger for other now well-known Brazilian artists or as musical director for television shows before releasing his first own piece of work in 1972. Going against the stream he combined Brazilian Samba with elements of Soul, rich orchestration and ventured into the realm of lo-fi electronic production methods. The lyrics where reflecting the mood in Brazil at the time and metaphorically spoke out against repressing artistic freedom by the dictatorship in power. While at the time the album didn’t made an impact it has been sampled numerously and been cited as a huge influence by many artists. The label Mr Bongo released an reissue in 2018 mastered from the original tapes under the supervision of Arthur himself. The artwork matches the exact same gatefold cover as the 1972 original and the remastering has been done at half speed easily making this one of the best sounding LP’s I own.

The cover of this album looks like something you would come across when browsing through the € 1 bins at your local record shop. But looks may be deceiving. The record was released in small quantities on the privately owned Marina Records label and therefore is actually quite rare. The album offers a mix of modern Soul infused with Disco, Funk and is richly orchestrated with lush string arrangements and lots of Latin percussion. Al Johnson’s voice is truly superb throughout the album and he is able to give each song exactly what is needed to move its listeners. From the smooth “I’ve Got My Second Wind” to the catchy  “Come Check Out This Love” or the compelling “Peaceful” this albums doesn’t let down. But none of the songs made such an impression on me as “I’ll Do Anything For You”. A slow Soul excursion executed to absolute perfection by the band and the warm timbre of Al Johnson’s voice. To me this album serves as a blueprint for comtemporary Soul and deserves more recognition. Al Johnson went on to release a few other albums on bigger labels with more commercial success but to me this is still the one to beat. 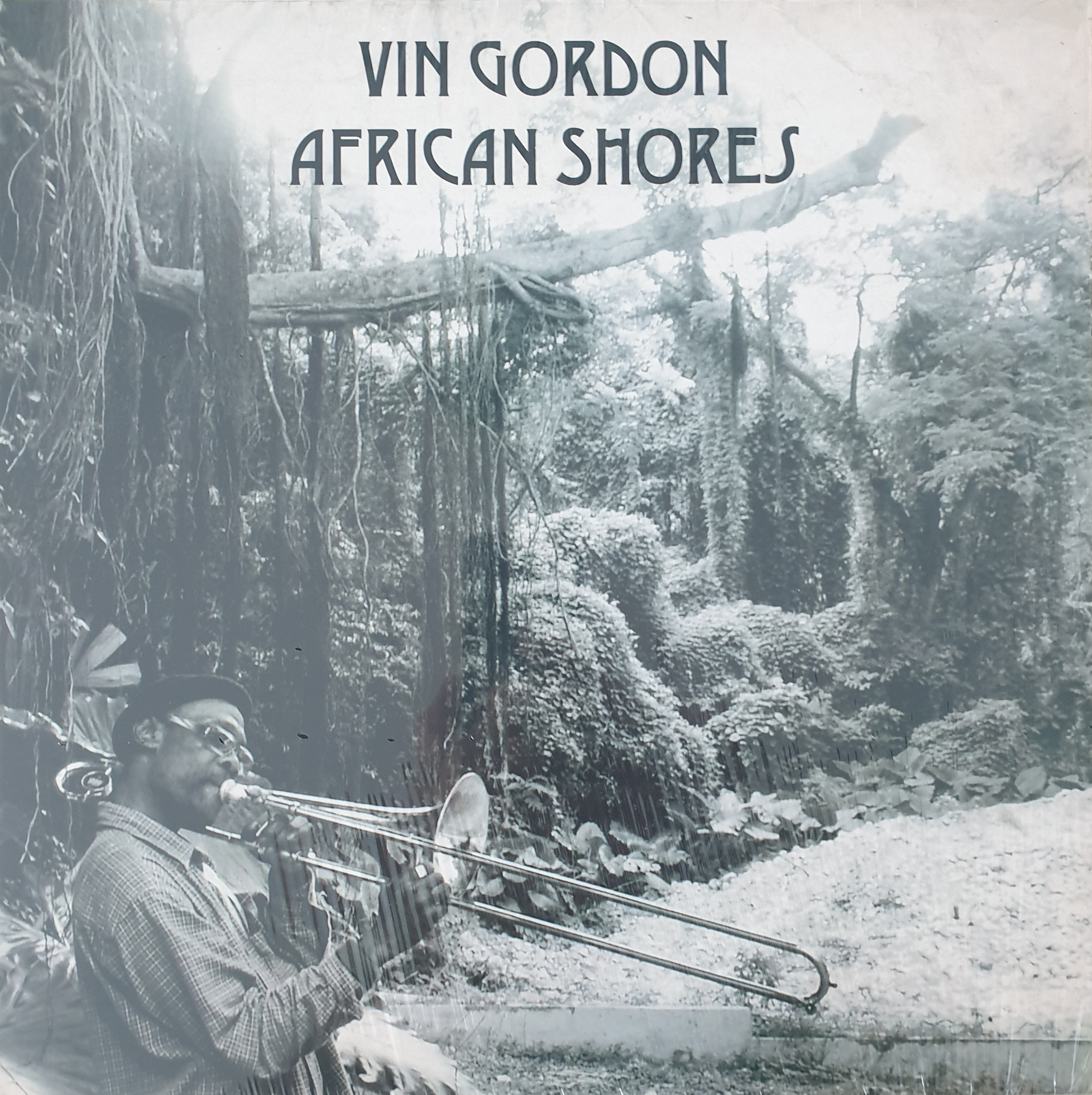 The readers who have been reading my blog from the beginning might have picked up on my soft spot for wind instruments. Hence the earlier articles on Theon Cross’s Fyah and Headley “Deadly” Bennet’s 35 Years From Alpha. A horn section can give so much attitude and character to a song that it’s hard not to like. The sharp flares of the trombone in particular has been something I came to appreciate. African Shores is born out of the love that saxophonist Nat Birchall has for Reggae. Nat Birchall who is mostly known for his spiritual Jazz created the Tradition Disc label, which focuses on Reggae, in 2018 when he released Sounds Almighty. The label is all about honoring the conscious Roots Reggae sounds that came out of Jamaica during the 70’s. Vin Gordon has been an active trombone player since the heydays of Studio One, shaping the sounds we came to know as Ska, Rocksteady and ultimately Reggae. He has played on so much recording sessions that it’s hard to find any Reggae record from the 70’s without him playing on it. Each rhythm track on African Shores is newly created by Nat Birchall and Al Breadwinner using vintage analogue recording equipment. The deep rhythm tracks propels each track forward with fresh compositions by Vin Gordon floating on top adding a layer of mystique.