What a strange year 2020 has been… With all that has been going on I hope that reading this blog somehow lightened your mood and offered a bit of distraction at times. The whole lock-down situation gave my plenty of time to write during the first year of Wanderinglion.nl. I started this blog in the beginning of January and posted my first article on the 24th of that month. I couldn’t have done it without the help of one of my friends in particular, who helped shaped the ideas I had for this blog into what it is right now. Going in, I didn’t have a concrete plan in terms of how many articles I wanted or could write during this first year and if people would find it interesting to read at all. All I knew is that I wanted an outlet to share my passion for music and doing it on my own terms. Looking back I’m very happy that I managed to post 30 (including this one) articles and more so seeing the comments posted by you throughout the year. To me this is the ultimate acknowledgment that I have something new to bring to the table. That’s in the end what it’s all about for me. Thank you for the support throughout the year. Let’s hope 2021 will bring a speedy recovery of the live music scene that we have been missing so much.

Before 2020 comes to an end, I wanted to share some music that I had on repeat this year which I haven’t spoken about yet. If you are tired of hearing the same Christmas songs over and over again these last few weeks this might just be your remedy.

Lee Dorsey – Yes We Can …And Then Some

Produced by none other than Allen Toussaint this is the most earnest collection of bayou funk you will ever hear. Backed-up by The Meters, the session band Allen used for most of his recordings, every song gets an energetic rendition incorporating multiple styles with a whole heap of New Orleans flair. The band is equally at ease with playing straight-up funk on for instance “Who Gonna’ Help Brother Get Further” or 50’s R&B on “Hello Good Looking“. Yes we Can brings out the best in Allen Toussaint’s writing, The Meters musical interpretation and Lee Dorsey ability to let it all come to life. The album only yielded one hit and is largely forgotten. All the more reason to rediscover this classic. 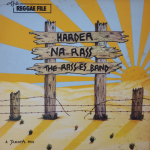 Heavy rhythms, imaginative melody lines and the right amount of tape manipulation make Harder Na Rass one of my favorite dub albums made by Prince Jammy. Together perhaps with Kamikazi Dub. The Royal Rasses were a Reggae band under the guidance of Prince Lincoln and Harder Na Rass is the dub counterpart to the Experience album released in 1979. A very enjoyable set that throughout the 44 minutes seems only to get better in pulling you into the realms of dub. Unfortunately not available on Spotify… 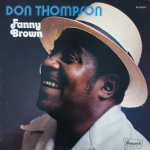 Sometimes going with your guts pays off. The album cover of Fanny Brown looked unfamiliar to me when I saw this album on an auction site. I decided to go for it without little to no research. Since then this album gets a lot of playback whenever I’m in my boogie zone. There are few genres that I can’t appreciate, but the light-heartiness and glitter of straight-up Disco never stroke a chord with me. That being said, I do appreciate when Disco gets fused with other genres and with Fanny Brown Don Thompson just nailed it. Starting with an ounce of solid Funk, lavishly drenched in some liquid Soul, adding a dose of humor along the way and sprinkle everything with abundance of glitter! 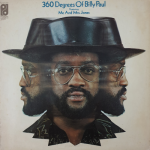 To me this is a criminally underrated album. If you search the internet on the most influential Soul albums you will definitely come across Marvin Gaye, Curtis Mayfield and Stevie Wonder. Obviously for good reason, but to me this album is right up there with the best of the bunch. It may not have the same political of sociological impact but that doesn’t make the music any lesser. Half of the 8-track album is penned by the Philly Soul maestro’s Gamble and Huff including the classic “Me and Mrs. Jones”. This classic won a Grammy for best Male R&B Vocal Performance in 1973, beating some stiff competition such as Curtis Mayfield and Ray Charles. The cover songs are also given a serious Philly Soul treatment and Billy Paul chooses a different approach in interpreting the songs in his own way, just listen to Carole King’s “It’s Too Late” for example. Just give it a spin and chances are you will be just as captivated as me. 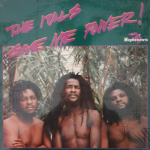 The Itals – Give Me Power

One of the few harmony groups that was able to keep the Roots genre alive well into the 80’s. The Itals were kept out of the spotlight for much of the 70’s by other vocal trio’s such as The Mighty Diamonds who reached major succes with their landmark album Right Time. Half way during the 70’s the album format became more than a collection of singles and made way for Reggae to hit internationally. The Itals were still relying on single releases throughout the 70’s which may resulted in them being relatively unknown outside Reggae circles. Their discography is at least even impressive as any other vocal trio with three stunning pieces of Roots Reggae all released on Nighthawk Records. Brutal Out Deh may be referred to as their foundation album, but I personally favor Give Me Power being more versatile covering a range of topics such as social injustice, mental slavery and materialism. 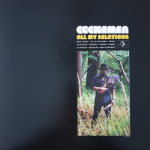 While on tour with Sharon Jones and The Dap-Kings, Cochemea and some other bandmates used all their time before the show to hunt down local record stores. Listening to their loot in between shows, these records fueled Cochemea’s imagination for recording his sophomore album. Drawing inspiration from Jazz, Funk, Afrobeat and indigenous music from his Yaqui and Apache Mescalero roots make up for a multi-dimensional sound. The end result feels very organic thanks to the approach in recording All My Relations. Instead of booking a session with a bunch of songs already worked-out, Cochemea brought together a host of fellow musicians who he has been played with over the years and basically started jamming guided by the spirit of his ancestors. They have done an outstanding job transcending just making music and instead created an atmosphere that encapsulates the wonderous world of Cochemea. 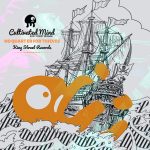 Cultivated Mind – No Quarter For Thieves

In a previous article, records labels worth following, I spoke about the vibrant US Reggae scene. With artists like John Brown’s Body, Groundation, 10Ft Ganja Plant and Christos D.C. there is enough to get excited about especially considering the fact that there is still so much talent to be discovered. Halfway during this year I was hot on the trail of Cultivated Mind and his debut album No Quarter For Thieves. Yes you have read it correctly, Cultivated Mind is the brainchild of Anthony Brand who plays guitar, keys, bass, drums, melodica, trumpet and takes care of the vocals, composition and production for Cultivated Mind. Mostly done from within his home studio, Anthony has been active since 2013 producing honest music with conscious lyrics. Anthony’s timing in the way he voiced the lyrics makes every piece of lyrical content stick. One of the best new Reggae albums I have heard in a while to come out of the US. 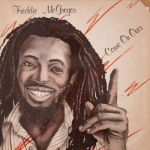 Freddie McGregor – Come On Over

Last but certainly not least, I wanted to share this marvelous album by Freddie McGregor on the RAS label. RAS didn’t just managed to reunite Wiss, Apple and Skelly of Israel Vibration but revitalized more careers of well established Reggae names. After Freddie’s breakthrough album Big Ship in 1982, Freddie moved to RAS Records to record two albums in the following year. Probably motivated by the success Peter Broggs had with his seminal Rastafari Liveth as many more would follow soon after. Freddie penned 8 new songs for Come On Over, next to a fresh take on “Go Away Pretty Woman” previously recorded for Studio One and a cover of Bob Marley’s “Natty Dread“. Freddie sounds inspired throughout the album, arranging and producing everything on the album himself aided by Sylvan Morris and Scientist. A deadly combination together with the Roots Radics as they would hardly drop the ball on anything they recorded during the early eighties at Channel One.