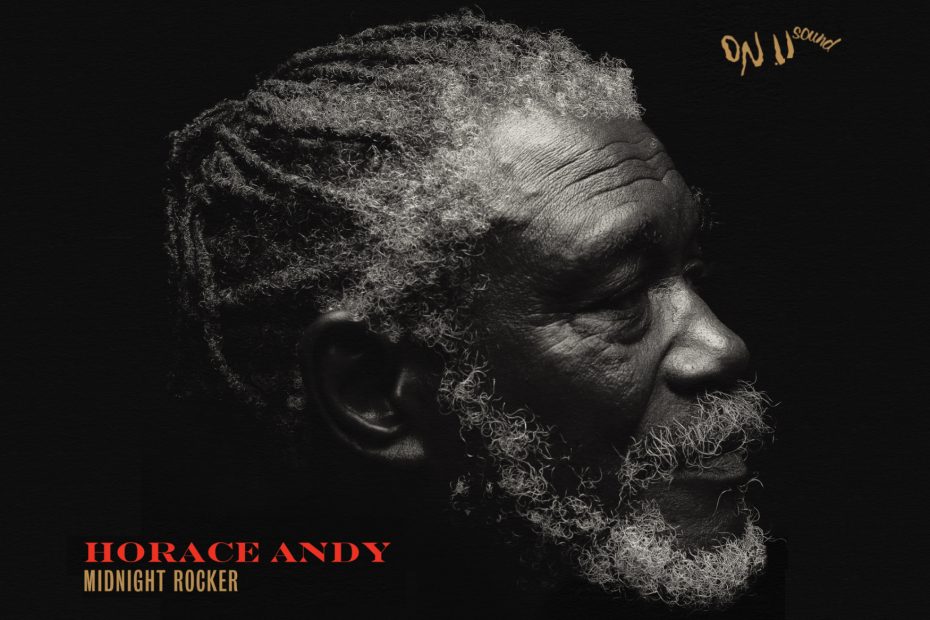 With Midnight Rocker, Horace “Sleepy” Andy once again proves to be an unstoppable force, dropping one of his masterpieces in his late career spanning over an impressive five decades. Like many luminaries from his time, Horace Andy too started his career at the famous Studio One recording studio on Brentford Road. His delicate but surprisingly soothing voice immediately stood out and made him a public favorite. His album Skylarking is still being cited by many as one of the cornerstones of Roots Reggae. Soon after, he found himself in high demand by all the big producers on the island releasing a string of hit singles and albums which are now considered classics. In the early eighties he recorded another cold stone classic at Wackie’s, containing some of his most well-known tunes like “Money Money” and “Spying Glass”. Later on in his career, he joined forces with Massive Attack on what would turn out to be a genre-defining debut for the group. At 71 years of age, Horace Andy just now releases Midnight Rocker and kept some of his best for last or so it seems. The sand of time might have left some rough patches on his honey sweet falsetto but it also seemed to have only deepen his timbre carrying even more intent and meaning.

“This Must Be Hell” is a passionate monody against mankind’s aggression to one another, stating that living in a world of perpetual war must feel like hell. With his age he has witnessed, heard and seen enough hardship to sound convincing so you linger on every word even when his voice is on its thinnest.

Following with “Easy Money“, a phenomenon most Reggae artist can relate to as money never seems to end in their pockets. Heavy on percussion, a steady beat pushes to track forward while the melodica pulls it back in time for a bit of the far east sound.

The thumping bassline reminds me a bit of a slowed downed version of Lee Perry’s “Makumba Rock” also produced by Adrian Sherwood. However, the inspiration for this track springs from another source. “Safe From Harm” pays tribute to Massive Attack’s original with an earnest Roots interpretation by Horace Andy. I absolutely love this track, a definite highpoint.

On “Watch Over Them”  Horace urges Jahovia to look out for today’s youth, steering them away from danger and guiding them in the right direction. A positive tune breaking up the tempo, projecting some nice and sweet vibes in your direction.

“Materialist” warns people not to care too much about what they own in this life. Organ, synths and harmonica fly over a throbbing bassline. One of the best vocal performances by Horace Andy, especially looking at the long stretch notes in the chorus were he sounds at least 10 years younger.

Andy doesn’t get any more personal than on “Today Is Right Here”, telling you to live in the moment as the most precious moments in life come and they go in a blink of an eye. Might as well cherish them when and while you can.

“Try Love” is a romantic plea to give love a chance and one of the newly written songs for Midnight Rocker. At first it might appear as a straight forward romantic effort but nothing is further from the truth. A sultry atmosphere with hypnotic swirls, violin and an ever-present guitar riff all contribute to one of the best newly written compositions on the album.

The mysterious and minimalistic “Rock To Sleep” manages to slowly draw you in and put you in a higher state of mind. Drops of sound effect extends the mood while Horace Andy’s soothing words keep you captivated till the very end.

For “Careful” Adrian Sherwood has rebuild the rhythm track to “House Of Angels” from the stunning Rainford album, Lee Perry’s last album on On-U Sound before he left this world. An catching vocal performance by Andy shows a new dimension of the original stripping it back to the bare essentials.

Keeping one of his most enduring tracks till the end. “Mr Bassie” with that infectious melody line during the chorus enchanting crowds from as far back as 1977. The deep and forceful rhythm track pulls that majestic horn riff into the here and now, with Horace so eloquently voicing his famous lyrics on top.

Midnight Rocker shows Horace Andy at his most vulnerable and honest. A self-portrait of a Rasta elder that has seen it all. Aided by – in my view – hands-down one of the best producers of his time, they strike a perfect balance between newly written and reinterpreted material. The intelligence of the musical arrangements speaks volumes of Adrian Sherwood’s respect for Horace Andy, carefully working in the dark so everything is centred around Horace’s beautiful trembling voice. Andy sounds assured as ever, aware of his surroundings and keeps total control for the entire 37 minutes and 54 seconds in a way many would have held near impossible given his age.