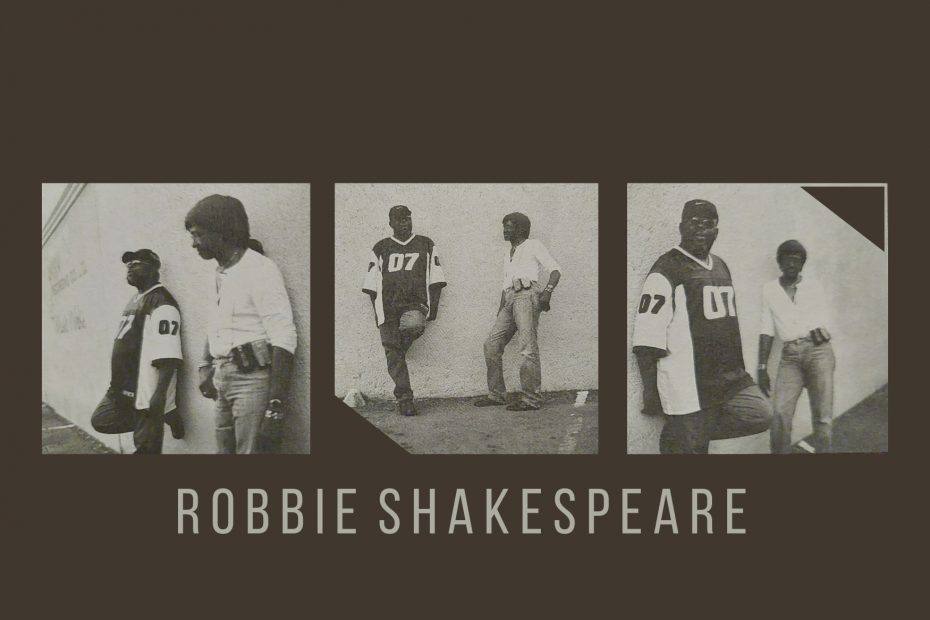 Having acted as the heartbeat to Reggae music for most of his life, Robbie Shakespeare passes on the torch to the younger generation bass players leaving behind a legacy not many can rub shoulders with. Together with his long-time friend and drummer Sly Dunbar, they became one of the most in demand rhythm sections on the planet and branched out into production with countless hits within and outside Reggae circles. Some of the albums they created already reached cult status, such as Raiders Of The Lost Dub, and I’m sure others will follow. Sly and Robbie became inseperable since they first played together in 1973, having tremendous respect for eachother both in their ability to create music and as fellow human beings.

I had the pleasure of meeting Robbie Shakespeare backstage on one of his shows, something I will probably never forget. While Sly was in the dressing room eating his chicken and rice, we had to roam the backstage halls before coming across Robbie. He signed my copy of Nordub and we chatted a bit before I left them to relax after an amazing show. What a lot of people don’t know is that Robbie had quite a lovely voice. Maybe a bit shy to showcase it often, he did pick his moments. During the last show I was able to witness him while he sang to “Was In The Blues” coming from the Nordub album. By the looks of it he was enjoying himself on stage. A good moment to remember him by.